Chopra’s performance peaked under Calvert’s tutelage as he qualified for August’s world championships at the Grand Prix in China this month. 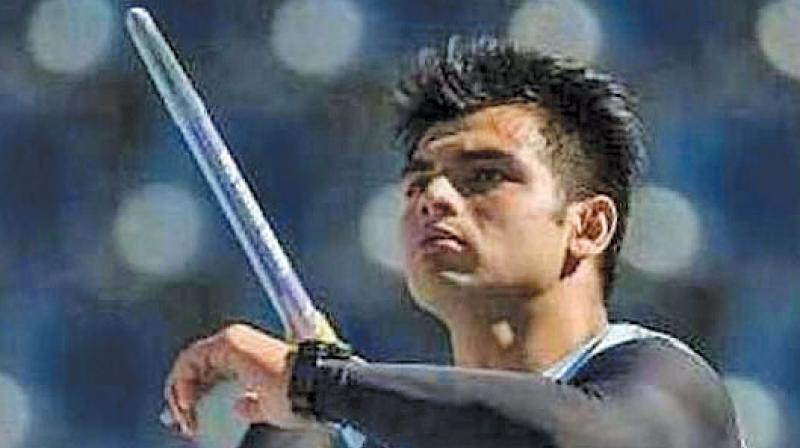 Chopra’s performance peaked under Calvert’s tutelage as he qualified for August’s world championships at the Grand Prix in China this month.

“Leaving Calvert just three months before the Worlds will definitely affect my performance. But I have full faith on JSW and the Athletics Federation of India… they will definitely think of something good for me. May be I will go abroad for training or they will hire new coach for me but nothing is finalise yet,” Chopra told this paper on Friday.

Calvert resigned after the Sports Authority of India refused to extend his contract till the 2020 Tokyo Olympics. His stint with the India squad came to an end on Monday. The Australian, who left the country on Thursday, will now work with the Chinese athletics squad.

Calvert was all praise for the Panipat lad before leaving, and said the teenager had the ability to match the best in the business. He is also capable of joining the 90m club.

“Our training was going great and I did well under him. I don’t know what will happen now. I just want to concentrate on upcoming tournaments. I know there will no Indian coach to match the ability of Calvert but I will continue training with full force,” Chopra said.

Last year, the 18-year-old’s throw of 86.48m at the U-20 World Championships in Poland made him the first Indian athlete to win a world title and also the first to set a world record at any level as breached the old mark of 84.69m set by Latvia’s Zigismunds Sirmais. However, he missed out on a Rio Olympics berth with his feat coming after the July 11 qualifying deadline.

Mission accomplished
Chopra returned with two silver medals and a bronze from the three legs of the Athletics GP in China.

“The experience was fruitful. We had to acclimatise fast as we needed to travel to three places and it was tiring and hectic. I am also satisfied with my performance. I missed gold but my main target was to qualify for the world championship and that I achieved so I am happy.”

“My target is to win a medal at the worlds as it will do good for Indian athletics. I will try my best,” added Chopra, who will participate in the Asian Championship in July before the world championship in August.

“I am thrilled to go to London for the world championship as I will meet and see all top athletes of the world. My dream is to meet world record-holder Jan Zelezny, who is the coach of the Czech Republic team now.”