The bronze medallist at the recent World Championships feels Gopi is the right coach for her at the current stage of her career. 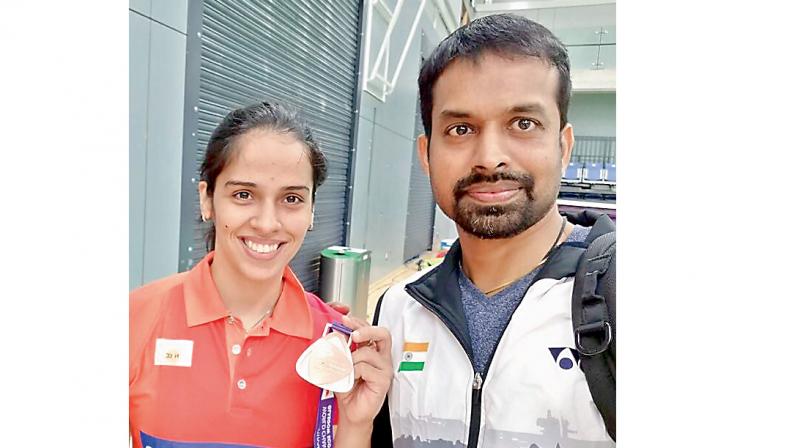 Saina Nehwal is back with the Pullela Gopichand Academy once again.

Three years after breaking ranks, Saina Nehwal is back with the Pullela Gopichand Academy in her pursuit to achieve greater success on the badminton court. Gopi and Saina’s master-pupil relationship was perhaps best encapsulated in the 2009 when the former won the Dronacharya award and the latter took the Arjuna award in national sports awards.

The bronze medallist at the recent World Championships feels Gopi is the right coach for her at the current stage of her career. “For a while, I’ve been thinking about moving my training base back to the Gopichand Academy and I had a discussion about this with Gopi sir and I am really thankful to him for agreeing to help me again,” she tweeted. 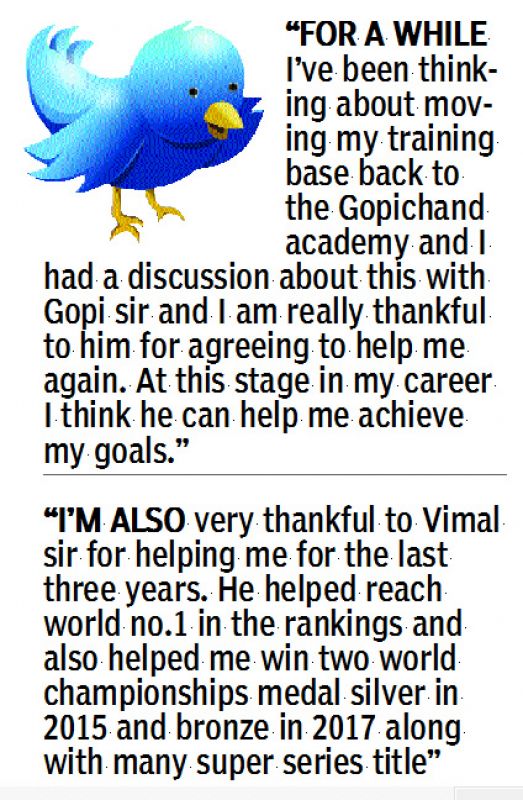 Saina’s trust in Gopi as an established coach was evident in the following tweet: “At this stage in my career I think he can help me achieve my goals.”

The World No.12 also acknowledged help from Vimal Kumar of the Prakash Padukone Academy in Bengaluru, where she had been training for a while now. “I’m also very thankful to Vimal sir for helping me for the last three years. He helped reach World No.1 in the rankings,” the 27-year-old tweeted.

Gopi was delighted to have his once favourite ward back in the fold. “I have trained her for 10 years ever since she was playing in the sub-junior category and she is special. Obviously there are few (disturbing) things that happened in between but it’s ok,” he told this newspaper.

“She wanted some help regarding certain things and I hope I will be able to help her out in fixing those and everything will be alright,” Gopi added.

Now that he has his hands full, would Sania and Sindhu and other top notch players be too much to handle? “I think it’s a good position to be in,” Gopi says, adding, “Saina, Sindhu, Srikanth, Sai Praneeth and Kashyap are a bunch of players I have worked with for many, many years and I hope that we will achieve much more success in the years to come.”

Saina had parted ways with Gopi after a quarter final exit at the 2014 World Badminton Championships in Denmark. That was the first time that the duo had split. In 2011, she started training with Bhaskar Babu but returned to Gopi in three months. In 2012, she bagged the bronze medal at the London Games under Gopi’s guidance. She then split with Gopi before the 2014 Asian Games at Incheon and decided to hone her skills under Vimal Kumar.