Aditi will start as a firm favourite this year as well. Last year, after winning the Indian Open, she went on to claim the Qatar Ladies Open. 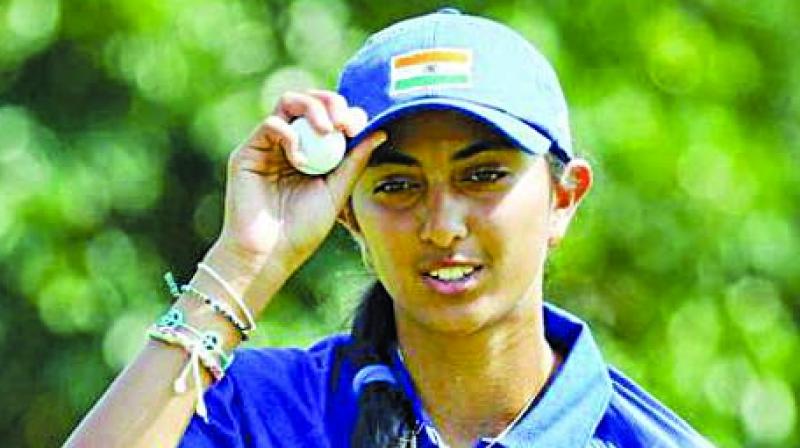 New Delhi: Aditi Ashok will launch the defence of her Hero Women’s Indian Open crown at the DLF Golf and Country Club in Gurgaon near here from November 9, it was announced on Thursday.

The $400,000 event, now in its 11th year, will field previous champions and Order of Merit winners, who will battle for top honours including 2015 champion Emily Kristine Pedersen, Beth Allen (winner, LET Order of Merit 2016) and Belen Mozo (2016 runner-up), besides Aditi,

The event, co-sanctioned by the Ladies European Tour and the Women’s Golf Association of India will also feature world no. 21 Carlota Ciganda from Spain, who will be the highest ranked player in the field.

Commenting on Hero’s association with the Indian Open for an eighth consecutive year, Pawan Munjal, Hero MotoCorp chairman and MD, said, “Hero MotoCorp has remained committed to the development of women’s golf in India and it gives us great pleasure to see our young golfers perform on the world stage.”

Aditi will start as a firm favourite this year as well. Last year, after winning the Indian Open, she went on to claim the Qatar Ladies Open.

Another player who will be keen to make a mark will be Vani Kapoor. She will be playing on home turf alongside a strong Indian contingent that includes Gaurika Bishnoi, Amandeep Drall, and Neha Tripathi.