Self-made athlete Manmadh Rebba is the only Indian ever to be invited to the recently concluded Ultraman World Championship in Hawaii, USA. 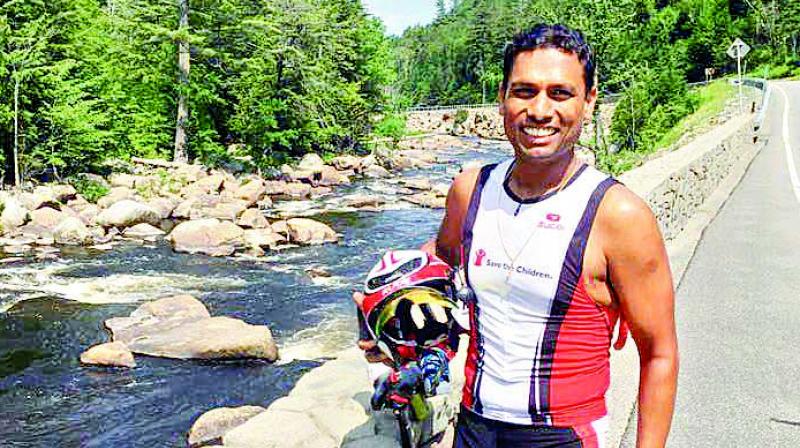 Manmadh Rebba had the Indian tricolour flying high when he became the first Indian athlete to participate in the 33rd anniversary of the Ultraman World Championship held in Hawaii from November 24 to 26. Notably, the participation in the event, attended by only 40 athletes from around the world, is by invitation only.

But for someone who wasn’t an athlete and was always academically inclined, what inspired Manmadh to participate in a triathlon? “While growing up, I tried to learn swimming and came close to drowning. The incident haunted me for a long time. In 2013, one of my colleagues enrolled in a triathlon and asked me to sign up too. He gave me the basic tips for swimming and I slowly picked it up. I was going through a bad phase personally and wanted to overcome my fears. So I took up swimming, drew parallels with life and overcame my challenges,” he recalls.

After Manmadh overcame one difficulty, the next one was striking a balance between work and triathlon practice. “I remember there was a pool close to my office. So during the lunch break I practiced swimming for 45 minutes. In the evenings too, I practiced bike riding and running for an hour. The weekends were more productive. Moreover, the practice took me away from being idle,” he recalls.

A pescetarian, Manmadh cooks his own food and his diet comprises a heavy breakfast, protein shakes and organic veggies for lunch and khichdi and pulses with grilled fish for dinner.

Interestingly, his fascination for the triathlon competitions was triggered at a triathlon in Miami in 2013. “Participating in the half Ironman motivated me so much that I enrolled for the full Ironman. Subsequently, I have been frequenting all major triathlons,” he shares, adding that he is amazed to see his own transformation. 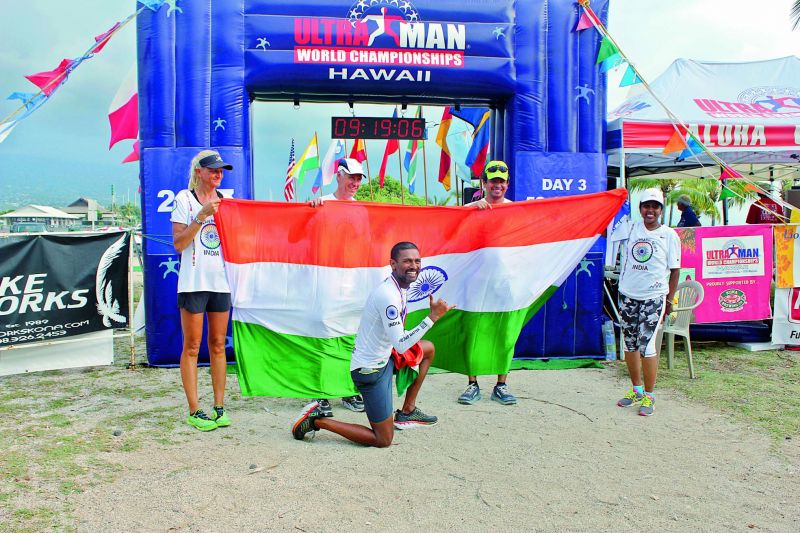 “People are running around and losing themselves in their busy routines, but traithlon training has helped strike a balance and understand life better. It has also helped me discover who I am and what I am capable of. The Ultraman Florida meant a lot to me. I didn’t even know how to swim but I have realised you can become whoever you want to,” he adds.

The 38 year-old sportsperson, who graduated in architecture from the Jawaharlal Nehru Architecture and Fine Arts University, also says that the triathlon has shaped his personality along with overcoming one of the most difficult phases of his life. “It kept me focused, made me more productive and took away all the distractions form my life. Triathlons also connect me with nature.” Manmadh’s other hobbies include hiking and he says that yoga is stress-buster.

SOME OF THE WORLD’S TOUGHEST RACES THAT HE HAS ACED