The game must go on

Sportspersons have their plans well laid out to keep scoring in their second innings, after they hang up their willows and raquets. 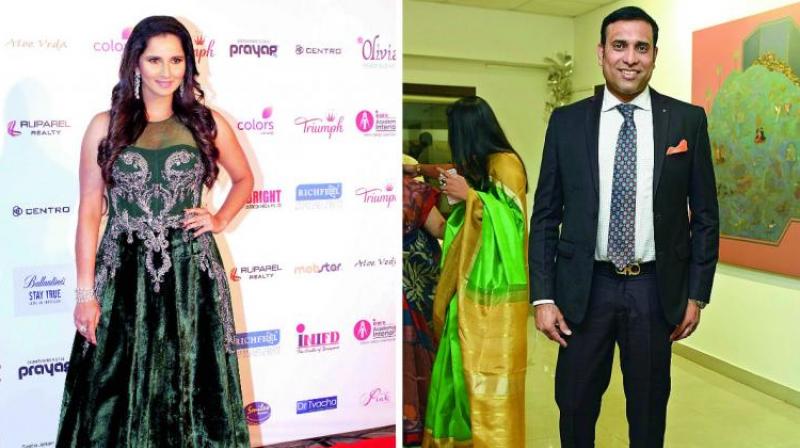 Once a sport, always one, they say. Nothing showcases that playful line better than sportspersons who have not only made a mark for themselves in the game but carved out retirement plans in the fields they have mastered. Eminent cricketer V.V.S. Laxman, badminton biggie Pullela Gopichand and tennis ace Sania Mirza’s academies in their respective sporting disciplines are pointers to the maxim — the game must go on.

It pays to be a winner and the accountants should be busy too. Gopi was the pioneer who capitalised on his famed All-England Open triumph in 2001 to petition the state government, acquire vast expanse of land and set up a world-class training facility in Hyderabad. He then roped in high-profile sponsors and set about churning out champions — Saina Nehwal, P.V. Sindhu, Kidambi Srikanth to name a few — eventually turning the city into a cradle of Indian badminton.

Not just those, there are layers of budding shuttlers in the second, third and lower rungs waiting to make it big. Gopi, who is also the national coach and selector, has plans to expand his project — another state-of-the-art academy in Noida. He already has academies at Gwalior and Baroda that are teeming with players.

“It’s really wonderful that sport is doing well and all sportspersons are giving back something to the game, which is very much needed. It’s like a second innings for us. The experience gathered over the years goes back in and adds great value to the ecosystem of sport,” Gopi says.

There’s bushels of bucks for the taking but more than that, “it is the contribution to the dynamics of sport that is really worthwhile. It makes the experience much more satisfying to know that you are nurturing future generations”, the 43-year-old adds.

On the cricket field, V.V.S. Laxman was distinct in his floppy. Now, he wears many hats. He’s a television commentator, mentor for IPL champions Sunrisers Hyderabad, batting consultant for the Cricket Association of Bengal’s senior team, is contracted with a cricket website as columnist and runs a couple of cricket academies.

Hands full, but he times it well — a hallmark of his batting. “I am (at the academies) most of the time. However, should I be hard-pressed, the coaches handpicked by me — who share similar passion and vision — are there to execute the established, comprehensive programme,” Laxman says.

“Cricket has taught me a lot about sport, and life in general, so it is natural that I give something back to the game. If I can help an upcoming youngster understand the ups and downs and contribute to his career, I would have done a satisfying job,” he reasons.

The 42-year-old, who has scored 11,119 international runs with 23 centuries, explains the larger point: “I have played international cricket for 15 years and it’s no use keeping that experience to myself. It has to be passed on; whether it is the match analysis that I share with viewers from the commentary box, the mentorship role I fulfil for the Sunrisers, the tips I drill into the Bengal batsmen or the skills I impart to budding cricketers at the academy. It’s truly a fulfilling job.”

Sania Mirza is still smashing the ball hard on the tennis circuit and stuffing trophies into her cabinet, but launched the Sania Mirza Tennis Academy for beginner, professional and residential trainees way back in 2013 on the outskirts of Hyderabad. Father Imran, mother Naseema and uncle Faiyaz Baig look after the logistics while she drops by to dish out tips and encouragement to trainees when she’s in town. Last month, she started a feeder academy for kids aged between three and eight right behind her home. The second serve is already in place for the 30-year-old.

“The Mirza family has always tried to pass on whatever experience we had in tennis. We are still waiting for the next Sania, Mahesh (Bhupathi) and Leanders (Paes) to come, and this is just a small way of contributing to it. It is right next to my house and I give it some time as well,” she says.

At 33, Jwala Gutta is approaching endgame on the badminton court. But she had her plans well laid out back in 2013 when she drafted a blueprint to start an academy for doubles specialists, the breed she has been batting for over the years. She was in talks with the Telangana  state government and sent her proposal too. However, “there’s not much news about it. The pro-cess see-ms to be slow... so now I have stopped following it up with the government but I am surely working on it in my own right,” she says. At her own expense? “Yes. I am rooting for the promotion of doubles play in a big way. I would definitely want to help even the Association change the attitude towards doubles, and push for the same kind of support that singles players get,” she says.

Jwala acknowledges that successful sportspersons get used to a particular standard of living and making good amount of money post-retirement is essential to maintain it. “People who are clever do their calculations very well. That is when your education and experience comes into play. Badminton is a huge part of my life that is nearing its end, and I can’t be mad about it but have to accept, and move on like everybody else,” she says. Well, it’s game on.