He was always tipped to achieve bigger things since he took up the sport, but was hampered by injuries. 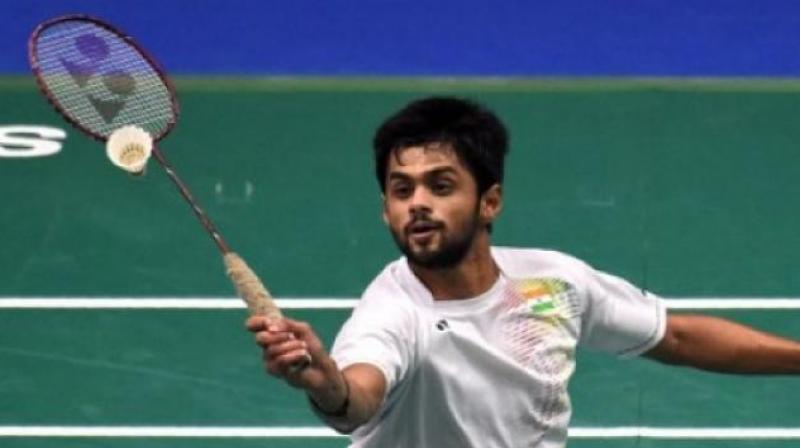 Mumbai: Muhammad Hafiz Hashim at 2003 Thailand Open, Taufik Hidayat at 2013 Indonesian Open and Lee Chong Wei at All England Championships in 2016. If badminton players were asked to write a CV, B. Sai Praneeth could have marked these giant-killing efforts as major highlights of his career.

He was always tipped to achieve bigger things since he took up the sport, but was hampered by injuries. Fortunately, he has emerged stronger through all that and the last two years are perhaps the brightest in his career wherein he has won the Singapore Open (2017), Thailand Open (2017), Canada Open (2016) and was a runner-up at Syed Modi International in 2016.

The world number 15 opened up on the sidelines of a TV show. Excerpts:

Last two years have been breakthrough years for you. How have things changed?
From the beginning of last year, I was playing good but did not win tournaments. But this year, I am winning the tournaments so I am really happy.

Giant-killer? What really keeps you going in big matches?
The approach is nothing so different. I just want to go and win the match. But when I beat Lee Chong Wei (in the opening round of All England Championships in 2016) or when I beat Taufik Hidayat (in the 2003 Thailand Open), I always lost the next round. You have to continue the winning streak in the tournament.

How big an influence is Gopichand?
He is the main reason how we are playing now. When he started the academy, I was among the first batch. So, right from the age of 13, I was with him. He is so involved in badminton that he always wants a player to improve a lot every day and give their hundred per cent and always thinking about what the player needs and even when we have an injury, he has that confidence that we will come back.

Has Mulyo Handoyo coming on board changed things?
Before he came to India, we were always doing some particular schedule but since he came, we suddenly started training for three hours continuously and after getting tired, we were pushing which is making a difference and as we are playing in big matches or long duration matches, this training is helping.

How does it feel to see you training partners win?
It feels good when someone from our group or a friend wins. It motivates others to win and keeps the confidence high because we all practice together and we are all at the same level.

Your targets for the season?
To win the tournaments, win the Superseries, play consistently and getting into the top 10.