Varsha was, however, named among 12 women in India’s Commonwealth Games squad for the double trap event. 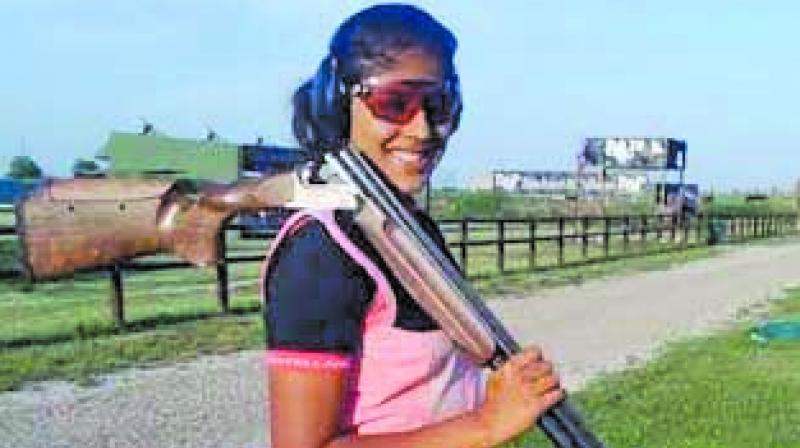 The 2014 Asian Games bronze medallist has been omitted from the trap women’s list for the World Cup’s three stages to take place in 2018. Varsha set the junior world record in the double trap event at Incheon four years ago.

The three selected to represent the country in the category are Shreyasi Singh, Seema Tomar and Shagun Chowdhury, who got the nod ahead of Varsha.

Varsha was, however, named among 12 women in India’s Commonwealth Games squad for the double trap event. She and Shreyasi will participate in double trap in the CWG at Gold Coast, Australia, from April 4 to 15.

The National Rifle Association of India announced the squads for the tournaments on January 30 based on the Minimum Travelling Score of shooters after three competitions — the national championship and two selection trials.

Each shooter had to score a minimum of 110/125 as per the selection policy. After the two trials, Varsha achieved the MTS mark, scoring 111 in the second trial while Shagun scored 105 in both the trials.

Varsha’s father Vinay has shot off a letter to the NRAI questioning her exclusion.

NRAI secretary Rajeev Bhatia, though, is not willing to look into any allegations of favouritism and flouting of selection policies. “The committee has chosen the squad as per our selection policy, which is based on facts. As per the policy, the Minimum Travelling Score shouldn’t be older than four months at the time of selection,” he said.

“A shooter has to achieve one MTS mark out of three competitions — one being the national championship and the other two being selection trials.

“Shagun achieved the MTS mark at the national championship in November, which makes her eligible as the selection committee meeting was held on January 29. We took her score into account, as it was still valid. Hence, Varsha’s claim doesn’t stand. If she looks at facts then Varsha is the no.4 shooter, one place below Shagun.”