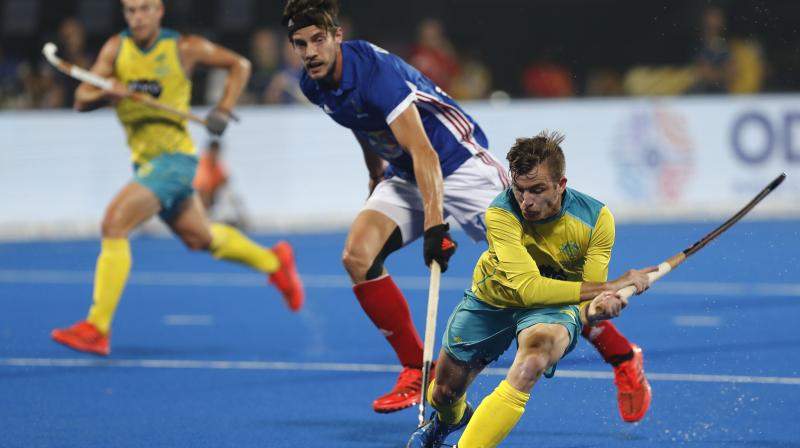 According to the assessment carried out by the DSYS, the hockey turf at the Kalinga Stadium has minor damage. (Photo: AP)

New Delhi: The Kalinga Stadium in Bhubaneswar has suffered some minor damage owing to Cyclone Fani but that would not come in the way of conducting the Hockey series Finals scheduled to be held in the city next month, Hockey India asserted Wednesday.

Rejecting speculation that the June 6-15 tournament might be shifted out of the Odisha Capital to either Lucknow or Raipur, a top Hockey India official said no such decision has been taken and the national body is committed to hosting the event in Bhubaneswar.

"I don't know from where these reports come from but we absolutely had no discussions with Odisha government about shifting the venue," a top HI official told PTI.

"We are is in touch with the Odisha government officials and we have been informed that the extent of damage in the hockey stadium is minimal. Hockey India officials will also travel to Bhubaneswar this week to assess the condition of the turf and take stock of the situation at the official team hotels.

"In this time of need, we at Hockey India have offered to extend any support the Odisha government seeks. Our thoughts go out to the victims and their families affected due to the cyclone," the official added.

The Kalinga Stadium, venue for the World Cup and next month's Hockey Series Finals, too was at the receiving end of nature's fury.

But according to the Odisha government's Department of Sports and Youth Services (DSYS), the damage to the stadium has been minimal and they are hopeful of hosting the tournament as scheduled.

According to the assessment carried out by the DSYS, the hockey turf at the Kalinga Stadium has minor damage.

"Our team has taken stock of the situation at the Kalinga Hockey Stadium which has suffered minor damages that can be repaired by the end of May. We are working closely to restore stadium operations," Odisha Commissioner-cum-Secretary (Sports), Vishal Dev said.

"The team from Hockey India, along with technical experts, will be soon taking stock of the stadium and the turf."

Eight countries-- including Japan, Mexico, Poland, Russia, South Africa, USA, Uzbekistan and hosts India, are set to take part in the men's Hockey Series Finals, which is a qualifying tournament for the 2020 Tokyo Olympics.