LCI ideas on betting a step in right direction

At the very least, legalising betting will bring some clarity and pro-active cleansing. 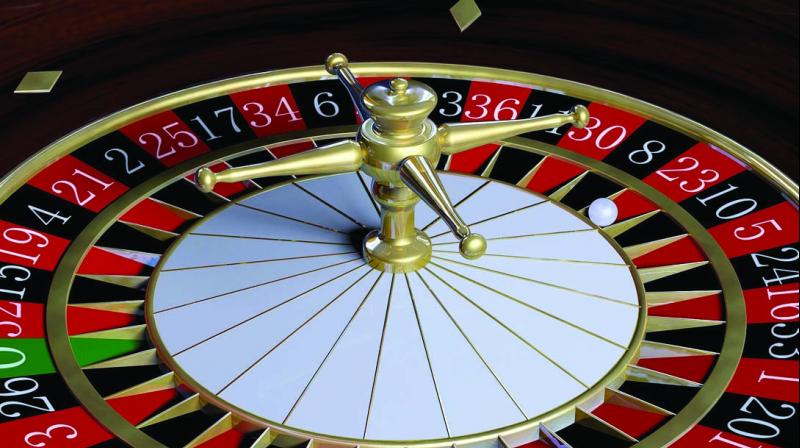 The conservative-minded will not be convinced and argue that gambling goes against the culture of the country — as several politicians suggest — unmindful of the thriving illegal betting industry that exists. (Representational image)

The Law Commission of India has recommended regulating betting and gambling, which takes the debate on an issue that has raged for decades — particularly involving cricket — a major step ahead, and must be viewed seriously by lawmakers.

Mind you, this particular recommendation is a corollary to the main one, which is to ensure a “complete ban on unlawful betting and gambling which in the present is not desirable”, as LCI chairman Justice B.S. Chauhan clarified.

Yet the fact of the LCI providing an option shows not only how miserably the government has failed in enforcing this ban so far, but also that it could get worse unless some sort of regulation is put in place.

In its report, the law panel suggests stringent regulations if betting is legalised to ensure transparency with robust checks and controls, but most importantly, to protect vulnerable sections of society.

The latter aspect is important and demands not just debate, but thorough field study by lawmakers, since such legalising gambling and betting can only be done through parliament.

Any law that has a deleterious effect on the weakest and most deprived would be a clear no-no.

But this study/research must be done honestly rather than through the prism of just political gain, as lawmakers are prone to do.

While the LCI’s report has evoked mixed reactions from some individual politicians, it is interesting that across the political landscape, parties otherwise at loggerheads on every issue, seem to be in consonance on this matter.

With the general elections just about a year away, clearly the attempt is to not to do anything that could erode vote banks! In my opinion, this is obfuscating rather than tackling the problem head on.

The conservative-minded will not be convinced and argue that gambling goes against the culture of the country — as several politicians suggest — unmindful of the thriving illegal betting industry that exists.

This is a flawed position and as counterproductive as the one for prohibition of liquor that has hardly stopped people in India from drinking.

If anything, it has assisted the growth of illegal breweries and dangerous illicit booze that take scores of lives regularly.

There is no clear estimate on the scale of betting/gambling in India. Figures vary from Rs 100k to Rs 700k crore.

Even if the actual figure is somewhere in between, it would make betting perhaps the single biggest industry in India.

It is delusional to believe that betting done by the underworld among its own, or by delinquent/vagabond billionaires.

Evidence suggests that in India people gambling on virtually everything. By not legalising betting, this-so-called evil is hardly alleviated and also depriving the state of revenue.

By legalising betting, there is opportunity to monitor what’s happening in a particular sport as well as gain revenue from it.

A reasonable tax slab would actually induce punters to bet legally rather than deal with shady people.

Talking specifically of cricket, which commands almost 50 per cent of the overall betting stakes in India according to informed sources, this will allow the sport’s authorities, police and anti-corruption units to be far more effective.

There is no foolproof panacea for corruption, of course. Betting is legal in South Africa, yet we had CronjeGate.

It is also legal in England, but Pakistan’s Salman Butt, Mohamed Aamir and Mohamed Asif were caught for spot-fixing.

But this does not negate the need to regulate betting for greater control on how the sport is conducted and played.

In this, technology is becoming of great help to at least understand trends and move in if something seems remiss.

Both these sports have suffered from fixed games and tanked matches, but there has been considerable reduction in the offences.

The logic of such surveillance is that calculations of “chance” offered by official or unofficial bookies can’t be very different, and unusual odds will alert authorities to potential mischief.

No system is perfect, but any system is better than not having a system.

At the very least, legalising betting will bring some clarity and pro-active cleansing.