Understandably it took him time to get into grips again. After a difficult day of free-practice he was unable to find the speed to be up front. 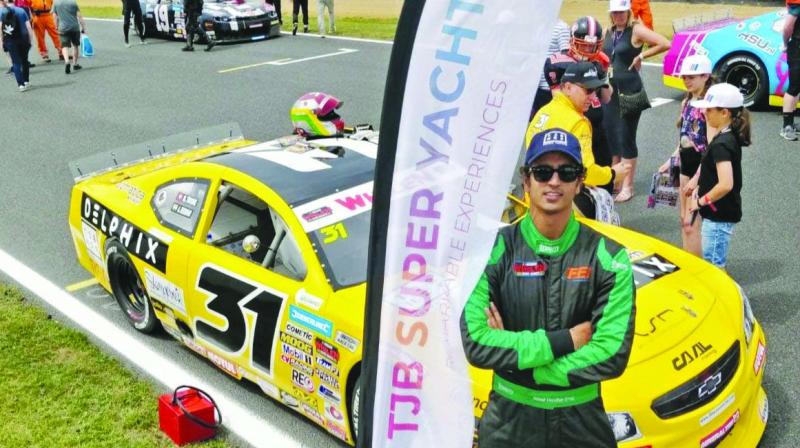 Advait Deodhar had thrilling last weekend at Round 4 of Euro Nascar Elite 2 in the Czech Republic.

After his Championship win in the Elite Club in 2018,  Deodhar moved up a level to compete in Elite 2 category. He returned to competitive racing at the first round in April 13 - 14 in Valencia, Spain. After a rookie podium at Round 1 in Valencia, and two top-ten finishes at Round 2 in Franciacorta, Deodhar took his first Elite 2 podium at Brands Hatch in third round.

Colaba born, Deodhar is backed by TJB Super Yachts, a firm he also works with, and was confirmed to participate in the first three rounds this season, now he is set to compete in the entire championship.

He had a thrilling last weekend in the Czech Republic at Round 4, a race he never was going to participate. “I was due to miss this round due to a lack of budget. However, being third in the Championship was an opportunity and position that I could not give up on. I have worked tirelessly to pull together the budget for this round from external sources,” said the 28-year-old racer.

Understandably it took him time to get into grips again. After a difficult day of free-practice he was unable to find the speed to be up front. “I spent hours with the engineers working through the data and onboard videos. We found what I was doing wrong, fixed it and I managed to make it into Superpole (similar to Q3 in Qualifying) and qualified a strong fifth.”

For the second time this year, the Elite 2 pole position lap was faster than the Elite 1 pole. After a thrilling race that included incidents, safety cars and a lot of exciting battles on track, he managed to finish a strong fourth in Race 1.

In Race 2 he had one of the toughest races of his career. “I was spun around into the first corner and the car switched off. I was stationary for 15 seconds before I got moving again. I drove my absolute heart out, giving it my all and leaving zero per cent room for error. I gave it everything I had and fought my way upto 7th from dead last by 15 seconds! This race had a 22 car grid so there was some serious catching up and overtaking that I needed to do. As happy as I am with my performance, I still feel like it was a podium lost as I was one of the quickest cars on track,” he rued.

The Elite 2 category has the strongest field the Championship has ever seen. Drivers on the grid have competed in Le Mans, GP3, World Series 3.5, LMP3, NASCAR USA, Blancpain GT Series and so much more.

“With my relative inexperience in comparison, I’m currently sitting third in the overall Championship standings, a feat that i'm proud of. A lot of hard work and effort has gone into getting behind the wheel and I'm going to fight for this Championship," he said.

Currently in third position, he will have more rounds to go in Holland next week, followed by Germany in September and Belgium in October.