The man behind U Mumba 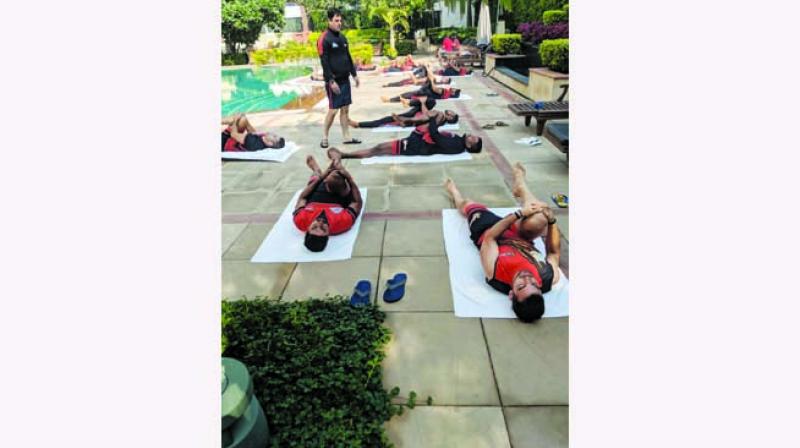 Sports physiotherapists have played a crucial role in the success of ProKabaddi League. To work on players’ fitness, to heal their injuries in time and make quick decisions during the game in a contact sport where injuries can happen any moment have enabled players to give their best in this fast paced game.

For U Mumba Aijaz Ashai has been doing the job since last season. The experienced sports physiotherapist who has been with Mumbai and Delhi Ranji team in the past and worked with Indian Rugby team for almost a decade, was called midway last season by U Mumba after shoulder injury to star raider Siddharth Desai and ankle injury to Rohit Baliyan. He has been working on U Mumba’s fitness to ensure raiders like Abhishek Singh go full throttle and defenders like Fazel Atrachali pounce fast for ankle holds.

“Kabaddi and Rugby is very challenging as you have to make quick decisions during the game while assessing players injury. It is a sport where power, strength, endurance and fitness should be top level and also player needs to be mentally sharp. These sports need fitness level higher compared to other sports,” he said.

Dwelling on Siddharth’a injury who struggled last season after making a great start but still kept earning points before his performance faded towards the end of the season.

“He had shoulder injury and was suggested surgery but given his importance he was given the security to go for surgery after the League. I had to work on him to ensure his injury isn’t aggravated. It is always important to ensure players injury isn’t aggravated while making him play,” said Ashai who had worked with Bengal Warriors in Season-5 and famously worked on Jang Kun Lee to keep him fit despite surgery recommendations from Korean doctors.

“Siddharth played with strappings but towards the end he had scare using his left hand. He was not able to move in full range which affected his performance a bit. But we kept working on him before the surgery to keep him fit and he went for surgery while being part of the franchise. Rohit Baliyan also had ankle injury, so I had been called midway through the season to work especially on those two players,” added Ashai who is head physio for U Mumba owners U Sports in their other sports teams as well -Table Tennis, football and Volley Ball.

This season has also been full of challenges to Ashai with injuries to U Mumba star raider Abhishek Singh, Surinder Singh and Navneet. “Abhishek has a shoulder injury and Surinder had a back injury. Although Surinder is fit now but Abhishek is still struggling a bit. Navneet is also undergoing rehab,” said Ashai.

“Raiders are prone to ligament injuries so it takes times while defenders suffer contact injuries. But in sports like Kabaddi and Rugby players have strong muscle build up so injuries take less time to heal compared to other sports,” he said.

The Kandivali based Physiotherapist who has his clinics spread across the city advocated introduction of Kabaddi in every school. “Kabaddi is cheap and kids can play Kabaddi in schools. It will make them sharp in studies as well. If kids are fit enough to play Kabaddi they can play any sports. In Australia and New Zealand they play touch rugby in schools which makes them fitter and stronger,” he reasoned.

He also advised kids to avoid Crockett shoes. “They are broad from front and tight at back which puts pressure on feet and makes them flat which minimises speed during running,” he said.