The WWE champion tried his hand at cricket in the capital as he hoped the game gets popular in America. 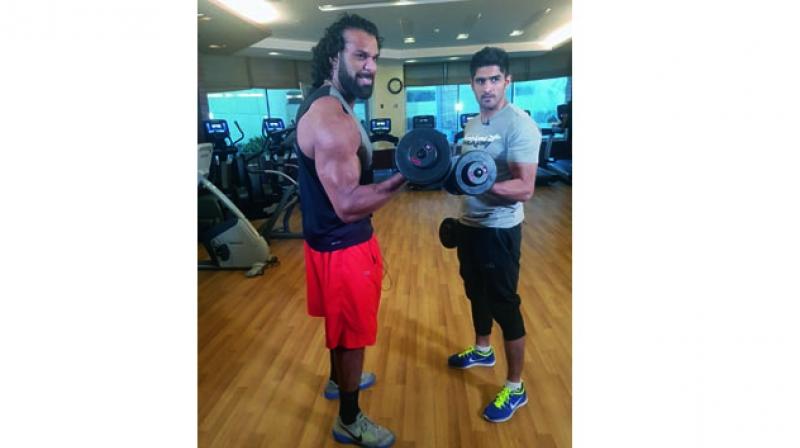 WWE (World Wrestling Entertainment) champion Jinder Mahal maybe a tough competitor in the ring but when it came to cricket, even kids were seen hitting his deliveries out of the park. In the city, the wrestler spent the Thursday evening playing with cricketers from Special Olympics Bharat. “It was an excellent experience and I haven’t played cricket in a long time. I am proud of these players and they have given me the motivation to defy all odds. Their dedication is very inspiring and I hope they continue to make India proud. My bowling wasn’t that good but that doesn’t take away from the fact that they are excellent batsmen. I think I need more practice,” he said when it was pointed out to him that he looked bit out of touch.

When asked who are the cricketers he admires, he named Sachin Tendulkar. “I always invite Sachin for my events in India. It will be great to see him. And there’s also Bhajji (Harbhajan Singh). I also wish lot of success to him as he has represented Punjab so well in all these years. Maybe he should step in the ring with me sometime,” he laughed as he hoped that the game of cricket gets popular in North America. “I completely see cricket becoming a global sport in coming years,” he added while he expressed his desire to popularise professional wrestling all across India.

He also had only words of appreciation for Kavita Devi, another Indian who is making giant strides in the sport. “She worked really hard. She is inspiring the next generation. By stepping in the ring in a salwar kameez, she has proved that she can take part in a global event while still holding on to her culture and heritage. I am really proud of her.”

Later, nicknamed the Modern Day Maharaja, the Indo-Canadian had a training session in the gym with boxer Vijender Singh also. Both the sportspersons invited each other to their upcoming events. Talking about Jinder, Vijender told us, “He is a talented wrestler. I had a good training session with him and wished him luck for his fight.”