The winners will be selected by Gopichand himself and later will be announced via Quest For Excellence Facebook and Twitter page. 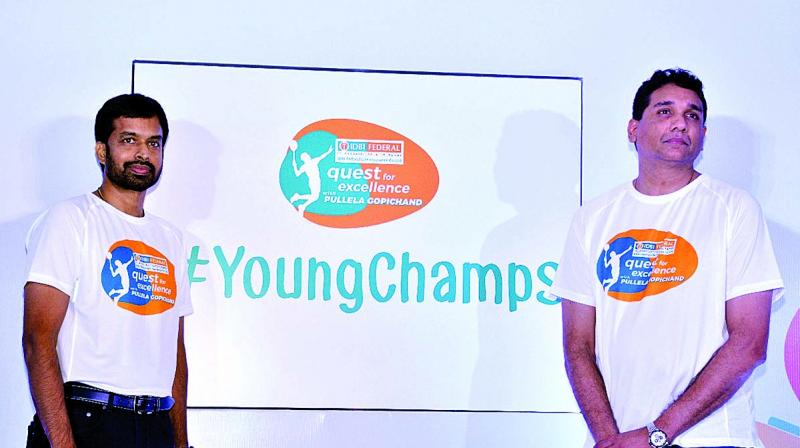 Former Mumbai cricketer Vighnesh Shahane has teamed up with chief national badminton coach Pullela Gopichand to launch #YoungChamps talent hunt programme. This initiative from IDBI Federal Life Insurance — Quest for Excellence — and Gopichand’s badminton academy will help young talent upto and under the age of 10 years to showcase their badminton skills via two-minute video. The winners of the contest will get to train at the Pullela Gopichand Academy in Hyderabad after going through a selection process.

“I have always been keen on nurturing grassroots sports. While Quest For Excellence was primarily conceived with the idea of supporting country’s quest for gold in the 2020 Olympics but with Gopi at the helm of things, we thought it’s going to be great if we could launch a nationwide initiative that would help identify emerging talent and bring it to Gopi. It would also be great to see those kids grow into rising stars of tomorrow. We want this initiative to be a launch pad for the stars of tomorrow,” said Shahane,CEO, IDBI Federal Life Insurance and runs Bowling Foundation along with Mumbai Cricket Association briefly with former Australian fast bowler, Jeff Thomson, as its head coach.

“I have worked with players like PV Sindhu, P Kashap, Sikki Reddy, Gurusaidutt from their early age. But I haven’t been able to work with young players off late due to busy schedule. With #YoungChamps campaign we hope to bring to the fore this hidden talent and prepare them for big leagues,” Gopichand said.

The kids’ entries can be submitted by using Quest For Excellence Facebook and Twitter page. The applicant can share a two-minute video shot in daylight with adequate clarity. The entry is free and will be accepted for a period of three weeks, followed by a 4-6 week long selection process.

The winners will be selected by Gopichand himself and later will be announced via Quest For Excellence Facebook and Twitter page.