Recently she was among a select few to attend the second The NBA Academy India Women’s Program from January 22-25. 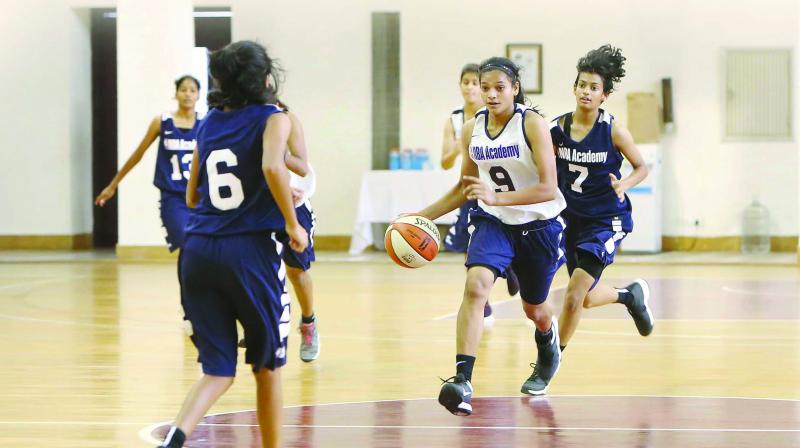 The NBA Academies Women’s Program is a series of basketball development camps for top female prospects from outside the US.

Khushi Dongre joined basketball just because her father who owns basketball club in Aurangabad wanted her to play. She started doing well just to cope with pressure from seniors in her school. But after playing six nationals and playing in the 5th Fiba Asia U-16 Basketball Championship for women at Bengaluru in 2017, she isn’t complaining at all.

“I started playing basketball because of my dad who owns a basketball club. I play with boys there. I also was determined to do well because my seniors in school put us under constant pressure to perform. I didn’t want to let myself down, so gave my everything,” she recollected.

Recently she was among a select few to attend the second The NBA Academy India Women’s Program from January 22-25. Total 24 female prospects ages 17 and under from throughout India participated in the camp. Five of them received the awards at the end of the camp and Khushi walked away with one of them.

“It was a great experience to learn and interact with legends. They have different level of skill set. Training under them was a great opportunity for me to improve my game,” she said.

The NBA Academies Women’s Program is a series of basketball development camps for top female prospects from outside the US.  The first camp in India was held in 2018 (May 27-29).

“I attended the first camp also and it felt great to be called for the camp again,” said Kyrie Irving fan who follows regularly Boston Celtics and also Los Angeles Lakers for LeBron James. She wants to play basketball in the US and be on WNBA roster one day.

Another Maharashtra girl Siya Deodhar accompanied Khushi in Noida. Siya was also part of the camp last year. In 2018, she made it to the camp for the first time after impressing NBA scouts at the NBA’s Skills Challenge programme in Nagpur in 2018. She plays for Shivaji Nagar Gymkhana in Nagpur and is a regular member of the Maharashtra U-18 team.

In the 2019 edition of the camp, Siya won the best Teammate Award while last edition she was awarded the Most Improved Player. Siya, like Khushi, has been a regular U16 player for Maharashtra and also been part of Indian team. Now both girls have graduated into U18 team.