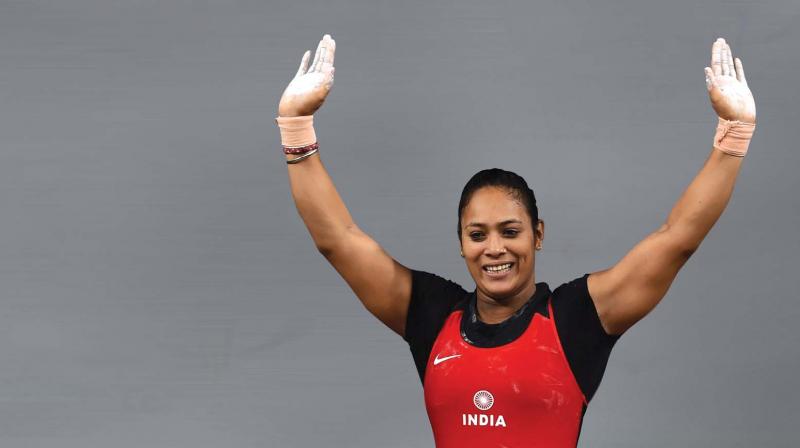 Gold Coast: It was women power at its best as India won a historic table tennis team gold stunning defending champions Singapore while shooter Manu Bhaker (10m air pistol) and weightlifter Punam Yadav (69kg) were a cut above the rest at the 21st Commonwealth Games, helping the country to three gold medals on Sunday.

Manu Bhaker shattered two records en route to adding a CWG gold medal to her growing list of achievements in a nascent career, forcing Heena Sidhu to settle for a silver.

Appearing in his maiden CWG like Bhaker, Ravi Kumar (224.1) claimed the bronze medal in men’s 10m air rifle event after a shoot-off, while Saniya Sheikh was fourth in the women’s skeet finals with 32.

India held on to their fourth position in the medals tally, having claimed seven gold, two silver and three bronze medals so far. The day’s other medal came from weightlifter Vikas Thakur (bronze, 94 kg).

In the table tennis women’s team event, Manika inspired India to a 3-1 victory over four-time gold medallists Singapore in the final.

It was India’s second table tennis team gold at the Games with the men finishing on top at Melbourne in 2006.

Batra then proved to be too good for Yihan.

It’s mind over matter for Manu
An uncluttered mind helps her win, shooter Manu Bhaker said after claiming the 10m air pistol gold at the Commonwealth Games here on Sunday. The 16-year-old Manu Bhaker broke the Games record (240.9) at the Belmont Shooting Centre, ahead of her compatriot Heena Sidhu (234).

“Shooting is an uncomplicated sport, take aim and shoot. That’s why it’s important not to think too much. If you think too much, then it becomes complex,” she explained, sounding wise beyond her age.

Manu, the youngest Indian to claim a World Cup gold, said she didn’t have any specific target on Sunday.

“I had been working on my technique for a long time. I just got that right, rest is a result of that. I didn’t have any targets for today. I was just shooting, I am just happy,” she added.