The Mumbai-born driver finished fourth overall in the 2019 European Nascar Championship in Belgium despite budget constraints and missing one round. 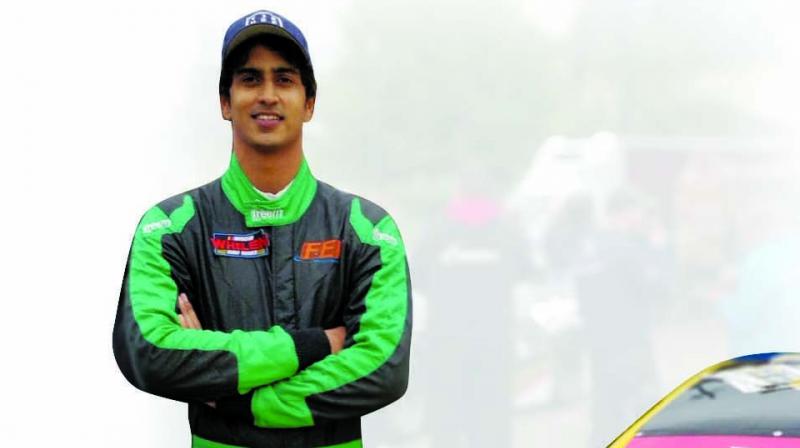 This fortnight has turned out surreal for the Mumbai based car racers. Jehan Daruvala displayed his talent internationally by finishing second runner-up at the FIA F3 Championship, which concluded with the Russian Grand Prix last week. Aaroh Ravindra too announced his arrival on the national circuit by claiming the JK Tyre Novice Cup title that drew to a close in Coimbatore last week.

Advait Deodhar finished fourth overall in the 2019 European Nascar Championship in Belgium on Sunday. The London based Mumbai born driver started the weekend in contention for podium finish overall and an outside chance for the title. The result came despite missing a round in the seven-round championship due to sponsorship issues.

“It’s been a surreal journey and racing this year has happened against all odds.

I have not been able to raise sponsorship but managed to race this year with no sponsorship by working extremely hard on my day job (Yacht broker) and risked it all to fund it through my earnings, and using up all credit and savings. I drove for three teams due to budget constraints, missed one round, lived in uncertainty and confirmed each round only a few days before each race weekend,” Deodhar said.

In the concluding round in Belgium, The last 300 meters of Race 1 impacted the outcome of third place finish in the Championship as Advait was also given a 60 second time penalty. After a stellar drive sitting in third and fighting for the win, Advait lost out on the very last lap, two corners before the finish line.

In the Race 2, he started under extremely wet conditions. After a good start and on the pace, the rain stopped and the extreme wet setup the team opted for started working against the changing track conditions. With the car being a handful to drive, Advait brought it home in a lonely sixth place.

“I drove against a very competitive grid but somehow made it all work!! P3 should have been possible under different circumstances but I'm very proud of the achievement this year. I think it’s about time I secure a sponsor and get some support from Indian companies as I race on an international stage,” he said.

He vowed to comeback strong next season. “I aim to come back to the Championship in 2020 with a full budget and race seat confirmed. I will fight for the title and accept nothing less,” he signed off.