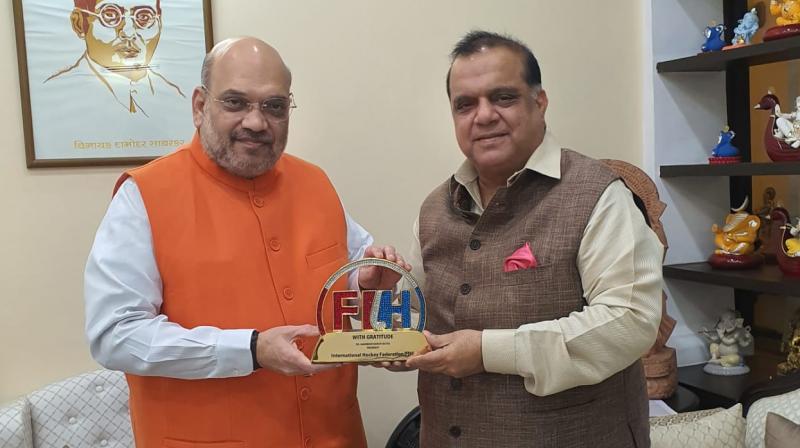 Batra, who is also the president of International Hockey Federation (FIH), discussed the holding of International Olympic Committee (IOC) 2023 session in Mumbai, during the 75th year of India's Independence, which is subject to IOC's approval.

Apart from this, holding of Hockey Men's World Cup in January 2023 in Bhubaneshwar and Rourkela was also one of the topics discussed during the meet. The Home Minister also talked over the progress, development and growth of Hockey happening in India at grass root and elite level.

Both discussed the bidding for 2026 Youth Olympics in India where one city will be shortlisted by IOA for Evaluation by IOC from three cities i.e. Delhi, Odisha and Mumbai. Later, it will go for IOC's approval.