Modi headed the meeting at his residence, 7 Lok Kalyan Marg, on November 20. 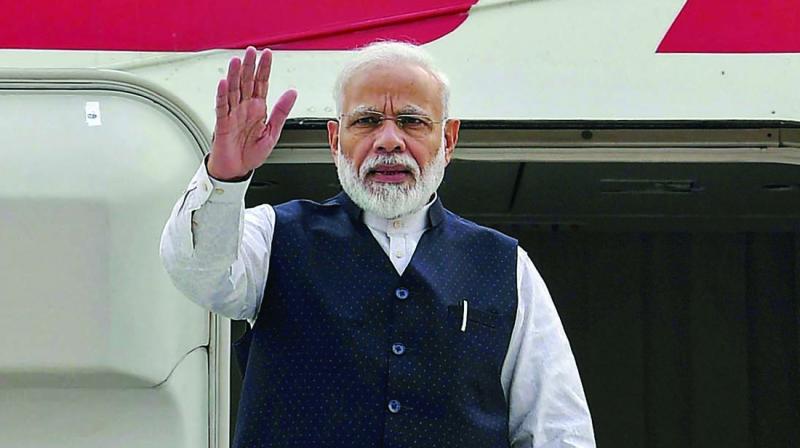 Prime Minister Narendra Modi chaired a meeting with the Sports Ministry officials over India's preparation for the upcoming Tokyo 2020 Olympics. The meeting was held last month and the details have come out now. (Photo: PTI)

New Delhi: Prime Minister Narendra Modi chaired a meeting with the Sports Ministry officials over India's preparation for the upcoming Tokyo 2020 Olympics. The meeting was held last month and the details have come out now.

Modi headed the meeting at his residence, 7 Lok Kalyan Marg, on November 20.

The meeting was attended by sports Secretary, Director General of Sports Authority of India (SAI), and CEO of Target Olympics Podium Scheme (TOPS).
Various new schemes were discussed including the 'One State One Game Principle' policy and the inclusion of the corporate sector in the sports to uplift athletes condition.

It was decided that 'One State One Game Principle' would be examined by the States and its modalities will also be worked out. The aim would be to make one state proficient in a single sport in which it possesses the special aptitude and to work towards getting an Olympic gold medal in the same.

Children from other states wishing to compete in that sport may also be sent to this particular State.

For this, the Sports Ministry may examine the records of performance of players and medals received by each State in the last 20 years. They should actively engage with the Indian diaspora in and around Tokyo to work on the principle of 'One Family One Player' whereby one Indian family from the diaspora can adopt one player from the team during his/her stay in Tokyo.

Business houses and the possibility of one of them aligning with and taking the promotion of a particular sport for the Olympics in such a way that the sports get linked to the prestige of the company. In return, the players for that sport may be allowed to wear the colours of the Industrial/Business house.

Under the Guru Shishya Parampara, Department of Sports should have an online portal on which all Coaches (Gurus) could register themselves with details of their students (Shishyas), with other necessary details.

They should, within 2 months, also prepare a database of global players of Indian origin. Making it a theme of any Pravaasi Bharatiya Diwas may be examined by the Department. In addition, organizing a global sports event/competition of these sportspersons of Indian origin may also be examined.