The Warriors then wrapped up the tie in the final match as Saina defeated Cheung. 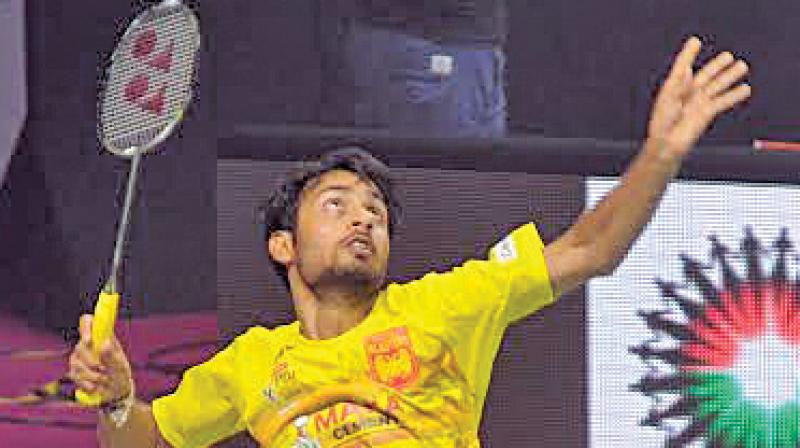 Bengaluru: The Bengaluru Blasters’ home leg came to a disappointing end as they lost to Awadhe Warriors in the ongoing Premier Badminton League Season 2 at the Koramangala Indoor Stadium, on Monday.

The Blasters, who failed to win any of their ties at home, went down in a one-sided affair as the Warriors took an unassailable 4-1 lead with the home team’s trump match yet to be played.

Warriors’ star player Saina Nehwal ensured a semi-final berth for the Lucknow team as she overcame the Blasters’ Cheung Ngan Yi 9-11, 11-5, 11-5 in the visitors’ trump match.

With this, the curtains came down on the home team’s campaign for the season.

Earlier, in the first match, Blasters got the positive start they were looking for as Sourabh Verma took the opening game against Warriors’ defeating Vincent Wong Wing Ki. Playing in their final league match, Verma gave the home fans something to cheer about as he got the better off Wong 13-11, 11-7.

Wong was cruising through the opening game as he took a comfortable four-point cushion at 6-2, but the Indian fought back to take the lead at 10-9, before winning the first game 13-11.

In the second game, Verma moved to a 6-3 lead before the Hong Kong shuttler fought back to level at 7-all.

But a determined Verma finished off this season with a win at 11-7.

The Warriors, however, bounced back to take the mixed doubles match. Savitree Amitrapai and Bodin Isara brought the Lucknow team level as they overcame  Sung Hyun Ko and Sikki Reddy 11-9, 4-11, 11-5.

The lower-ranked Indian stunned Axelsen in just two games. In the opening game the duo went neck-and-neck before Srikanth took the lead at 10-7 and wrapped it up 11-9.

A confident Srikanth looked to race away with the second, but the Dutch fought back, before the Indian sealed the issue at 11-9 to put the Warriors 2-1 ahead.

The Warriors then wrapped up the tie in the final match as Saina defeated Cheung.

The contest which was the Warriors’ trump match sealed their triumph, making the last match inconsequential.