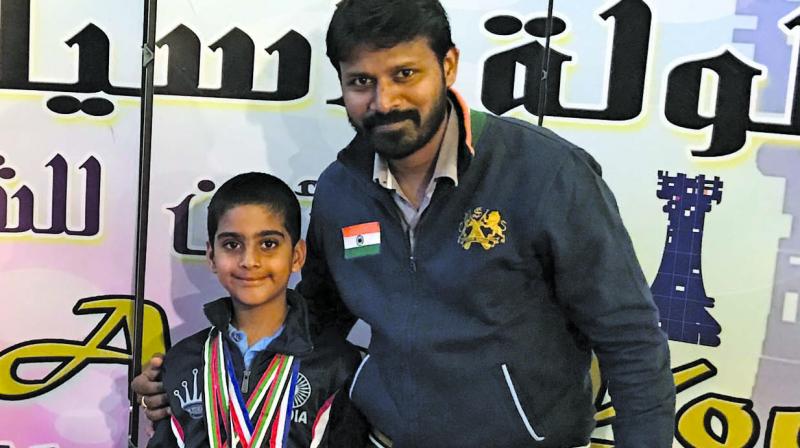 Mumbai’s nine-year old chess prodigy, Candidate Master Kush Bhagat, secured a third-place finish to clinch the bronze medal in an open category event in Paris. The youngster, one of India’s prodigious talents in chess had participated in the 4th Open International de Noisiel Open category-B which has a rating category of 1400-2000 ELO points and which concluded on Thursday, in Noisiel, Paris.

Leading the tournament till the end of the seventh round, the student of American School of Bombay narrowly missed out on the title after losing the eighth round and securing a draw in the ninth.

In the competition that saw the participation of players from 12 countries, Kush scored a total of six and half points out of the nine rounds and attained the third position.

Starting as the 18th seed, he got the better of top seed Favre Mathieu of France in the second round. In the third round, he got the better of another French player Toure Shanthi, who eventually went on to finish with seven points and in second position to win the silver medal in the competition. Yussuf Mathurah from France also with seven points emerged champion to win the gold medal.

Kush, a student at the South Mumbai Chess Academy, gained a total of 118 ELO points to take his new rating tally to whopping 1800 ELO points.

He is a trainee under renowned coach and FIDE Master Balaji Guttula who was impressed with his ward’s performance in France.

“This is a big victory for Kush in an open chess meet in Paris where he competed with the best players from across the world. It is good for him that he would play more such events in the future,” he said.

In the same meet under Category-A, India’s A. Iniyan secured second place to finish his final GM norm to become India’s 61st Grand-master.