Sports   In Other sports  10 Mar 2020  Vikas Krishan assured of at least silver; Amit Panghal, Lovlina Borgohain settle for bronze
Sports, In Other sports 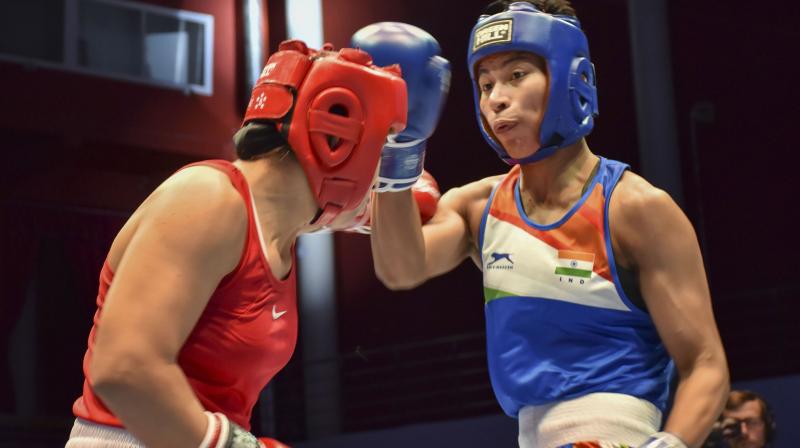 Amman: A resolute Vikas Krishan (69kg) advanced to the final with a tactically impressive win but world number one Amit Panghal (52kg) and Lovlina Borgohain (69kg) signed off with bronze medals at the Asian Olympic Qualifiers here on Tuesday.

All three boxers have already secured tickets to the Olympic Games by making the semifinals but Krishan will come back with at least a silver after entering the final. He fought with a cut sustained just below his left eyebrow before claiming a s

However, world silver-medallist and top seed Panghal went down to Jianguan Hu of China in a split 3-2 decision. It was revenge for Hu, an Olympic and world bronze-medallist, who lost to Panghal in the Asian semifinals last year.

Panghal had endured exhausting contests in the run-up to the semifinals and he could not outpace the determined Chinese in Tuesday's clash.

Earlier, two-time world bronze-medallist and second seed Borgohain lost to third seed and 2018 world silver-medallist Hong Gu of China in a unanimous 5-0 verdict after struggling to find her range against the experienced 30-year-old.