Satnam Singh’s draft in the 2015 NBA development programme has created interest in basketball. 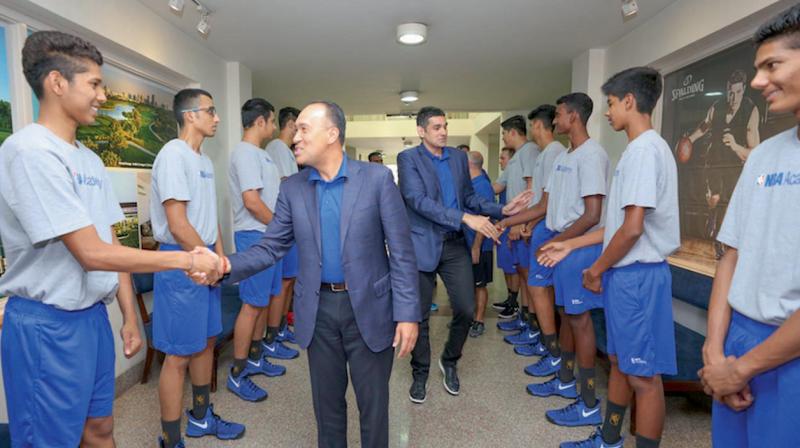 Greater Noida: Satnam Singh’s draft in the 2015 NBA development programme has created interest in basketball and the opening of the first NBA Academy in the country on Tuesday will serve as a shot in the arms for aspiring children.

“There are world class facilities here. From the Olympic size swimming pool to the world class gym to the strength and conditioning centre and the cafeteria, where the chef prepares customised food for each kid, this is one of the best facilities in the world,” NBA deputy commissioner Mark Tatum told this paper after inaugurating the academy at Jaypee Greens here.

Twenty-one players between 14 and 17 years who were selected in a three-month nationwide talent search will receive scholarships and training at the academy.

Tatum said having an Indian player in the NBA would create a huge difference among upcoming players, “Five to 10 years is the time frame where we can see these kids can develop and show their full potential to go to Division I or may be direct into NBA All-stars.

“Obviously if we had an Indian NBA player, it would be enormous. When you look at what (former NBA star) Yao Ming did for basketball in China. We saw how NBA’s popularity increased in India when Satnam Singh was picked in the draft. Satnam has huge influence among Indian kids.”

Elaborating on the project, managing director of the NBA India, Yannick Colaco said, “We have just opened the academy and the boys have arrived here over the last three to four weeks. But it is a residential programme so they live here and go to school here.

“We work with every single one of the kids and it is a customised plan. Some may go on to play college basketball in the USA, some may go to Australia, in the NBA Development League, or to the European league.

“We will assess every kid at the time they are about to graduate to determine their best possible career path. There are multiple paths. Its not either you make it to the NBA or you don’t. There are lots of different paths that you can take in this game.”

Asked about the similarities between this academy and other NBA academies around the world, Tatum said, “The similarities are the training, the access that the kids have the world class style coaching and the strength and conditioning trainers. We know what it takes to get a player ready to make it to the NBA and reach their full potential.”