Sharmila Nicollet, the best known Indian women till the arrival of Aditi, will play alongside Maha Haddiqui of Morocco and Lauren Taylor. 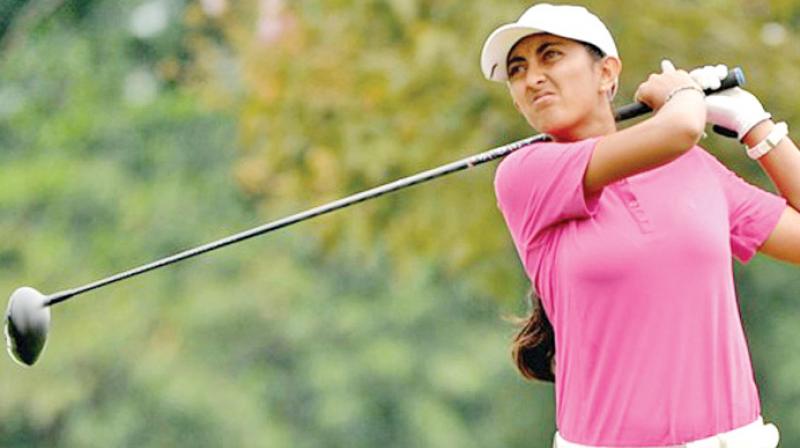 Gurugram: Aditi Ashok, who tees off on Friday trying to become only the second repeat winner of the Hero Women’s Indian Open, will boost the hopes of a sizeable home contingent at the 11th edition of the event that gets under way on the testing Gary Player course at the DLF Golf and Country Club here.

Aditi will tee off with Klara Spilkova and Carlota Ciganda in the morning. While Aditi and Spilkova have won once each in 2017, Ciganda, coming to India for the fourth time, is the highest ranked player in the field at world no. 20.

A group behind them will feature Beth Allen, the winner of the LET Order of Merit in 2016, and Florentyna Parker, winner of the 2017 Mediterranean Ladies Open, besides Stacey Peters and LPGA Tour regular Amelia Lewis, who will play her first tournament in India.

Vani Kapoor making her seventh appearance at the Hero Women’s Indian Open, will be keen on a strong display on her home course as she tees off with glamour girl Belen Mozo, runner-up at the 2016 edition. The third player will be Meghan McLaren.

Sharmila Nicollet, the best known Indian women till the arrival of Aditi, will play alongside Maha Haddiqui of Morocco and Lauren Taylor.

On the home Tour, Vani has been a success, winning four events, including the last one at DLF, so she should feel at ‘home’.

Vani hugely popular at the DLF, is enjoying being under the radar as it takes the pressure off. “This is a great course and I love playing it, so hopefully I should do well. My best has been T-20, so I am really keen to have a better show.”

Another player, who has been maintaining a low profile is Sharmila. She was hugely successful on the domestic circuit before she qualified for the Ladies European Tour, but has not been able to do justice to the talent she showed early as a pro. The last couple of years have seen her struggle with injuries and form.

She lost her card on the LET, but did get a few entries off-and-on. She used her time well to base herself in Orlando and train with coach, Gary Gilchrist.

This week also gives other Indians like Gaurika Bishnoi, who has made rapid strides this season on the Hero WPGT domestic Tour, to showcase her talent. She is leading the Order of Merit at home and is confident of a good showing at her home course.

Amandeep Drall, Gursimar Badwal, Neha Tripathi, Saaniya Sharma and Tvesa Malik and others, who have played enough on the domestic Tour will also look to making a mark at what is the region’s biggest women’s pro event.

With the fairways a tad soft and greens somewhat fast-paced, the field faces a testing time on the picturesque layout.