On Wednesday it was Baynes’ turn along with Marcus Morris, who had 18 points, and Terry Rozier who added 14 points and eight rebounds. 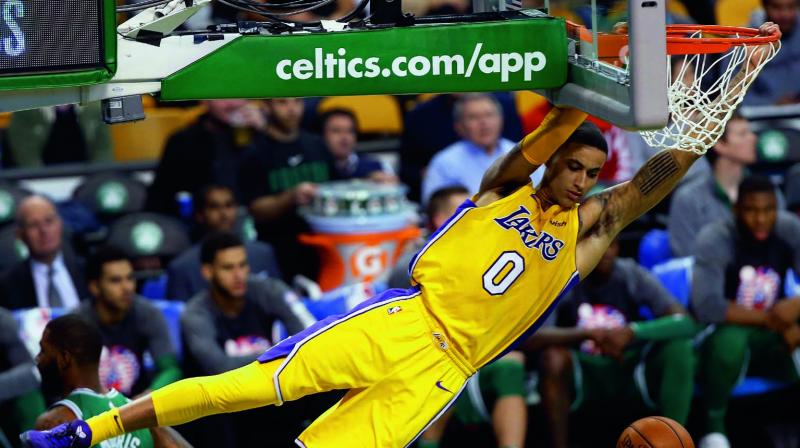 Los Angeles: The injury-riddled Boston Celtics won their 10th straight game by cruising to a 107-96 win Wednesday over the Los Angeles Lakers in a matchup between two of the NBA’s most storied franchises.

Australia’s Aron Baynes scored a career high 21 points during the game which saw the Celtics compile a 21 point first-half lead before the Lakers closed the gap in the third.

But Los Angeles allowed the Celtics to pull away again in the fourth when it mattered most.

The 30-year-old Baynes, who was born in New Zealand but grew up in Cairns, Australia, also grabbed eight rebounds and had three assists in front of a crowd of 18,600 at the Boston Garden.

The banged-up Celtics are the hottest team in the NBA for a reason. They are getting contributions from everyone with different players stepping up each game.

On Wednesday it was Baynes’ turn along with Marcus Morris, who had 18 points, and Terry Rozier who added 14 points and eight rebounds.

“Until we have only four (players) left, I guess we’re just going to keep playing,” Boston coach Brad Stevens said. “And then I don’t know what you do at four, but keep playing.

Elsewhere, Nikola Vucevic scored 24 points and Evan Fournier had 23 to help the Orlando Magic halt a two-game losing streak with a 112-99 win over the New York Knicks, who were without injured star Kristaps Porzingis.

In Detroit, Tobias Harris had 23 points and eight rebounds to help the Detroit Pistons win for the sixth time in seven games, downing the Indiana Pacers 114-97.