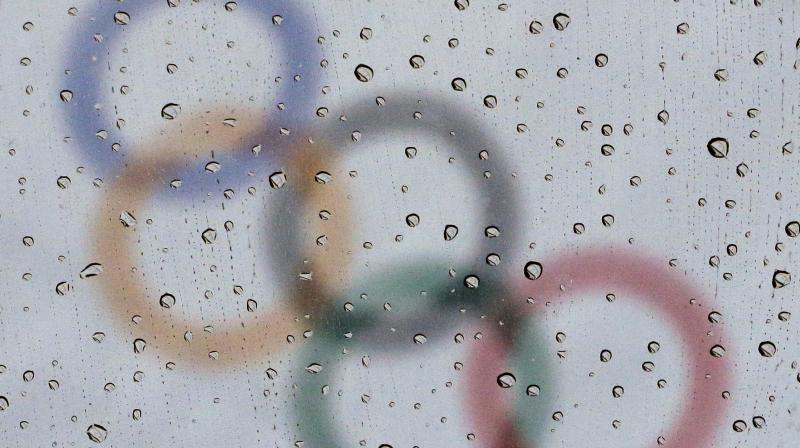 More than 1,000 Russian competitors across more than 30 sports were involved in an institutional conspiracy, according to WADA's report. (Photo: AP)

London: More than 1,000 Russian competitors across more than 30 sports were involved in an institutional conspiracy to conceal positive drug tests as Moscow "hijacked international sport" over the course of five years, an independent WADA report said on Friday.

The second and final part of the report for the World Anti-Doping Agency (WADA) by Canadian sports lawyer Richard McLaren provided exhaustive evidence of an elaborate doping scheme sponsored by Russia's Sports Ministry.

It included switching and changing samples by opening "tamper-proof" bottles - using a method devised by the Russian secret service - and numerous other methods to bypass and cover up drugs tests.

"We are now able to confirm a cover-up that dates back until at least 2011 that evolved from uncontrolled chaos to an institutionalised and disciplined medal-winning conspiracy," McLaren told a news conference.

The scale was unprecedented, he said.

"We have evidence revealing that more than 500 positive results were reported as negative, including well-known and elite-level athletes and medal winners, who had their positive results automatically falsified.

More than 1,000 athletes competing in Summer, Winter and Paralympic sport could be identified as being involved in or benefiting from tampering to conceal positive tests," he said.

The International Olympic Committee, which had refused a blanket ban of Russian competitors at the Rio de Janeiro Olympics, said it had shown evidence of "a fundamental attack on the integrity of the Olympic Games and on sport in general".

It said it would to test all Russian competitors' samples from the London 2012 Olympics in addition to the ongoing re-tests from the Sochi 2014 Olympics.

The Sports Ministry said it would study the WADA report and cooperate with anti-doping bodies, but that it "denies that any government programmes exists to support doping in sport".

Track and field chief Dmitry Shlyakhtin said he had not yet seen the report but conceded that Russian athletics' problems "did not start yesterday". However, he said it had now fulfilled all the demands made of it.

Yelena Isinbayeva, double Olympic pole vault champion and newly-elected head of the Russian Anti-Doping Agency supervisory board, said shortly before the report was released: "It is well known to us that many foreign athletes have a history of doping but compete at an international level with no problems.

"If we want to clean up world sport, let’s start...we don’t need to concentrate on just one country."

Dmitry Svishchev, a member of parliament and president of Russia's Curling Federation, said: "We haven't heard anything new. Unfounded accusations against us all. If you are Russian, they accuse you of all sins."

McLaren accepted that there could be widespread doping elsewhere, though not on the same level as in Russia, the sole focus of his investigation.

McLaren pointed out that Russia had won 24 gold, 26 silver and 32 bronze medals at London 2012 and no Russian athlete had tested positive.

"Yet the Russian team corrupted the London Games on an unprecedented scale, the extent of which will probably never be fully established," he said.

"For years, international sports competitions have unknowingly been hijacked by the Russians. Coaches and athletes have been playing on an uneven field."

The IOC on Wednesday extended provisional sanctions against Russian sport over the scandal, and an international ban on its track and field athletes remains in force pending a reform of its anti-doping programme.

Forensic investigations by McLaren's team detailed how a bank of clean urine samples was kept in a Moscow laboratory, where salt and coffee were added to try to fool officials testing "B samples" in supposedly tamper-proof bottles.

The report included cases where a doctored B sample did not match the DNA of previous specimens, and of samples that contained a mixture of male and female urine.

It added that analysis of the samples from four Russians who won gold in Sochi had shown salt readings that were physiologically impossible, while there was evidence that the samples of 12 Russian Sochi medallists had been tampered with.

More than 1,100 items of evidence contained in the report have been made available to the public at the website here.

Friday's report provided extensive evidence to support the original July report, which said Moscow had concealed hundreds of positive doping tests ahead of the Sochi Winter Games in 2014.

The IOC declined to impose a blanket ban on Russia competing in Rio, letting international sports federations decide which athletes should be allowed to compete. Only athletics and weightlifting banned the entire Russian teams.

The International Paralympic Committee (IPC) did ban Russia completely from its Rio games, however, and said on Friday the full findings of the report "strike right at the heart of the integrity and ethics of sport".

McLaren accepted that Russian authorities had taken many steps since his first report, removing officials who had been involved in the cover-up, setting up a new anti-doping commission and proposing a "gold standard" doping control regime.

However, when asked about the comments of Svishchev and Isinbayeva, he said: "The findings are not challengeable...my impression is that there is a certain embedded cultural aspect to what has been going on, so there probably does need to be cultural change.

"That doesn't mean change won't occur, but it might take longer than a few months or a year."

WADA Director General Olivier Niggli told Reuters that the report only scratched the surface of the problem.

"Richard McLaren and his team only had access to a fraction of what probably happened in Russia," Niggli said.