Runversation: Running and those resolutions

Another year has started. And many are already talking about how they’ll turn their lives, and the weighing scale, around. 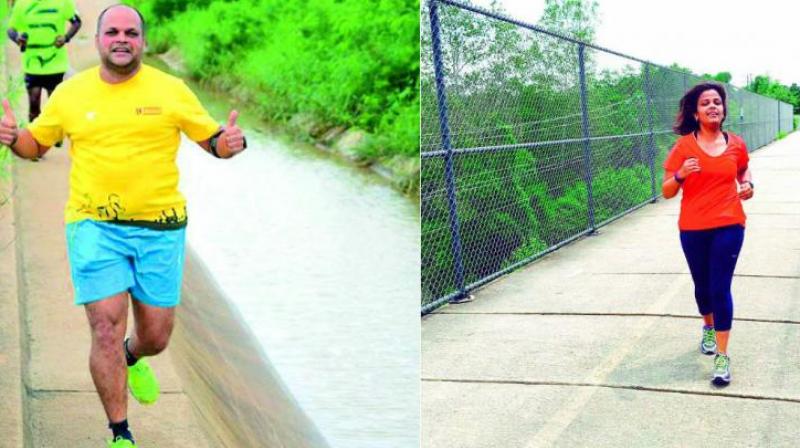 It’s the start of another year and many are thinking about what we want from 2017. Tens of millions make resolutions each year and many of them are centered around health and well-being — from eating better, losing weight to hit the gym a few times a week. Whether you woke up on January 1 as a runner or you took a hiatus, let’s get the year started off on the right foot.

At the very start of 2016, Deepti Nagulapati, a software professional, embarked on a mission to run 2,016 km and successfully achieved her mission. “Resolutions are often big announcements and this stems from the desire to have a clean slate, free from all of our vices. When resolutions are too ambitious, we struggle to change our habits, become discouraged when we fail and ultimately give up altogether. Small, incremental lifestyle changes may feel less appealing but they have a much greater chance of creating real change. I had my weak moments — the days when I wanted to just stop, when I thought I would never be able to reach my goals. But each goal, no matter how large, must be broken down to the daily extent in order to be realistically achievable. When enthusiasm runs high, we tend to be overly optimistic with our commitments. We could learn something about ourselves just by pushing yourself,” she says.

We all need challenges and there’s nothing wrong with setting yourself an ambitious target. It will give you an extra incentive to push harder in training and get the most out of yourself. Many times, resolutions are lost and completely abandoned because they are too complex, have very lofty goals, or don’t even fit in with life’s other responsibilities.

Lakshmi Moorthy, owner of a software firm, weighed 100 kilo a year ago. He then took up running and soon lost over 15 kilos. Within a year’s time, he has run a few half marathons and is now preparing for his first full marathon.

“The most I ever ran before embarking on my running journey was a quarter kilometre. Break big goals into smaller milestones, and consider setting goals throughout the year instead of grand gestures on January 1. Instead of attempting sweeping reforms, you’ll be more successful if you commit to modest, measurable improvements. For me, running is a destination. It has become my way of balancing the scales. I count my life in kilometers,” he says.

So, if you are brand spanking new to this crazy world of running, you’re in good hands.   Make 2017 a year to remember.

Commit. Be active. Feel the burn, enjoy the pain and push the limits!