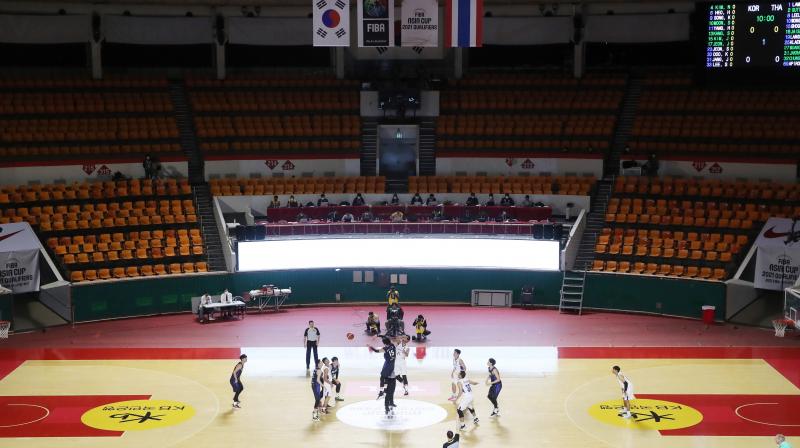 New Delhi: The novel coronavirus continued to affect Indian sporting events on Wednesday, forcing postponement of the prestigious Indian Open golf, lockdown of the SAI's southern centre besides prompting the BCCI to issue a health advisory to cricketers. It was also decided that the upcoming prestigious India Open Badminton will be held behind closed doors.

Among others, India's widely-travelled cricketers were advised by their board to avoid eating out at "unknown and unhygienic" restaurants and clicking selfies with fans.

The players have also been told to "avoid close contact and interaction with individuals outside the team environment (to avoid cross-infection from unknown individuals)."

The number of confirmed cases of novel coronavirus in the country has risen to 60, with two fresh positive cases -- one each from Delhi and Rajasthan -- being reported, the health ministry said on Wednesday.

Globally, the death toll crossed 4,000 and the number of infected continued to swell beyond 100,000.

The figures in India include five positive cases in Delhi and nine persons diagnosed with the infection in Uttar Pradesh till Wednesday morning. The total number of 60 confirmed cases include 16 Italian tourists.

Considering the extraordinary situation, Badminton Association of India (BAI) said the India Open Super 500 tournament, a crucial event for the Tokyo Olympic qualification, will be held without any spectators.

Open will be held as planned at the KD Jadhav stadium in Indira Gandhi Indoor stadium but to ensure safety of everybody we have decided not to allow any spectator this time," BAI General Secretary, Ajay K Singhania told PTI.

The day also saw the postponement of the Indian Open golf with the organisers promising to reschedule the event at "some point" later this year. The event was to take place from March 19-22 at the DLF Golf and Country Club here.

In Bengalurur, the Sports Authority of India (SAI) locked down its southern centre as a precautionary measure in the wake of the city recording four coronavirus cases in two days.

Also, those training at the facility have been advised not to leave the campus keeping in mind the situation.