Shivpal hurled the spear to a distance of 85.47m (qualying mark: 85m) in his fifth attempt to win gold at the ACNW Meeting 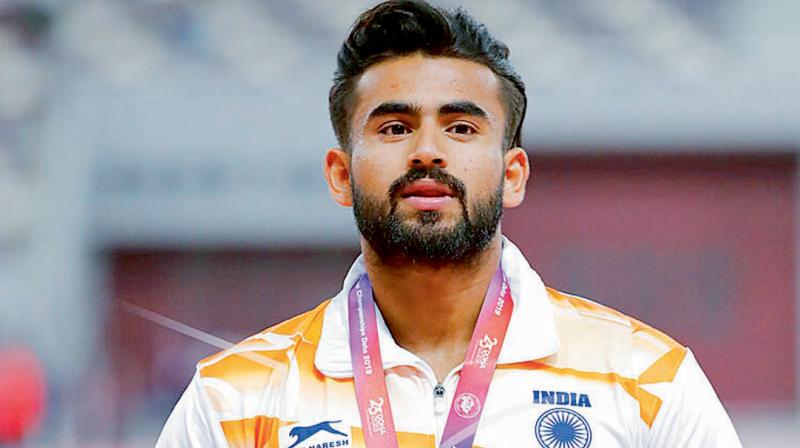 Shivpal Singh who had won a silver at the Asian Athletics Championships in Doha last year. AP Photo

Potchefstroom: Indian javelin thrower Shivpal Singh has qualified for his maiden Olympic Games in Tokyo this year by breaching the qualification mark at an event here.

The 24-year-old Shivpal crossed the qualifying standard of 85m by hurling the spear to a distance of 85.47m in his fifth attempt to win gold in the ACNW Meeting at the McArthur Stadium late on Tuesday.

"Shivpal Singh qualifies for #Olympics @Tokyo2020 with a performance of 85.47m in Men's Javelin in #SouthAfrica," the Athletics Federation of India tweeted. Another Indian Akshdeep Singh finished third with a best throw of 75m. Four athletes took part in the event.

Chopra had qualified for the Tokyo Games with a throw of 87.86m at another ACNW League meeting here in January. Both of them are currently here for a training stint.

National record holder Annu Rani also won the gold with a best throw of 61.15m in women's javelin throw in her first competition of the year. Her effort was, however, well below the Tokyo Olympics qualifying mark of 64m.