Aditi has now made eight cuts in 10 starts, including two Majors, and is all set for the US Open next. 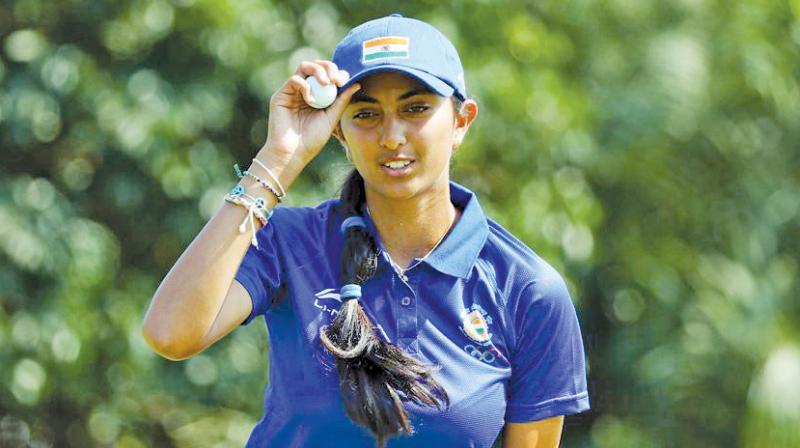 New Delhi: Aditi Ashok maintained her good run in LPGA play, finishing with a final round of three-under 69 to be tied 28th at the inaugural Thornberry Creek LPGA Classic in Oneida, the US, on Sunday.

Aditi has now made eight cuts in 10 starts, including two Majors, and is all set for the US Open next.

Kirk birdied the 72nd hole to finish at 22-under par, the lowest four-round tournament total in her career.

South Africa’s Ashleigh Buhai finished runner-up — her best placing on the LPGA Tour after a 5-under-par 67.

Lahiri for Scottish Open
Anirban Lahiri, who celebrated his 30th birthday barely a fortnight ago, is excited about returning to the European Tour after an extended gap.

Lahiri will tee up at the Scottish Open on Thursday in his first appearance on the European Tour since his home event at the Hero Indian Open in March.

Lahiri has been following a fairly regulated schedule with the knowledge that the second half of the year will be packed as his place in the FedEx Cup play-offs is confirmed with a current 46th place.

“It’s been a long while away from Europe and I love being back. I am looking forward to the Scottish and hopefully the British Open, too.

“My focus had been on PGA Tour and there things were alright, and I did finish even second at the Memorial. But a win is still my goal there.”

Lahiri will begin the week with his debut appearance at the Hero Challenge on Tuesday.