Preparations are going good for the Asian Wrestling Championships. 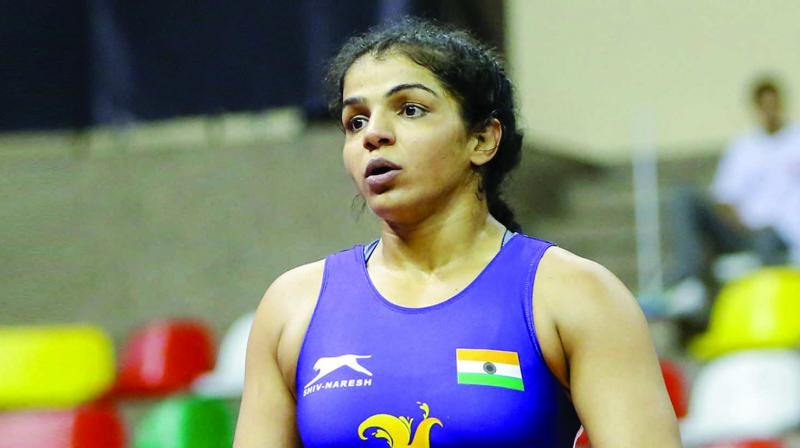 Olympic Bronze medallist Sakshi Malik remains hopeful of getting another opportunity to contest for a Tokyo Olympics berth, as she continues her preparation for the Asian Wrestling Championships, to be held in New Delhi from February 18th to 23rd, 2020. The tournament will be hosted by the Indira Gandhi Indoor stadium and will be streamed LIVE on www.wrestlingtv.in .

Sakshi was defeated by two-time world cadet champion Sonam Malik in the 62 kg weight category in the trials for the Asian World Olympics qualifiers in January this year.

“Preparations for the AWC has been good. My motto is to give my best, be it any competition, and win medals. I am working hard on myself and my techniques. I need to make sure that I don’t repeat the same mistakes that I have made in the previous tournaments,” she added.

In the trial match for the Asian Olympic Games Qualifier, Sonam Malik was trailing 4-6 to Sakshi towards the end of the match, but levelled the scores 10-10 in the dying seconds with a move which earned her four points, resulting in the seasoned pro’s elimination.

Sakshi elaborated on her plans for the upcoming AWC, touching down on the difference in weight class that she will be facing and said, “This time at the Asian Wrestling Championships, I will be wrestling in the 65kg weight category, which is a heavy weight category. Hence, I am watching opponents in the same weight category and trying to improvise with my strategies and techniques.”

She also emphasized on the fact that the presence of mind at every stage of a bout is crucial by saying, “In wrestling, weaknesses are aplenty, be it in technique, defence or attack. Most importantly our mind should be working for each and every second in a match.”

“Not being aware for even a second can result in your defence being exposed or you might get attacked in the last few seconds,” Sakshi concluded.

How are you training for the Asian Wrestling Championships in Delhi?

Preparations are going good for the Asian Wrestling Championships. My motto is to give my best and win medals no matter which competition it is.

What are the strategies that you will use?

No particular strategy as such. I am working on the mistakes that were committed in the previous tournaments. They should not be made again. In the Asian Wrestling Championship, I will wrestle in the heavy weight category, so I am watching opponents in the same weight category and working likewise on my strategies and techniques.

What are the drawbacks that you are currently facing and how are you working on them?

What to say, in wrestling there are plenty of weaknesses, be it in defence, technique or attack. But the presence of mind is required during each and every second of a match. We might expose our defence or concede an attack if we lose focus for even one second. I am working on these aspects and will hopefully do well.

In Asian Championships, which players do you think will come across as a strong challenge for you?

I will be wrestling in the heavy weight category (65kg). Hence, it will be a tough competition and I have to take my opponents seriously. I want to give my 100% to each and every match.

What is your next move with regards to the Tokyo Olympics?

Well, I want the trials to take place again. If I qualify for that then I will have two more opportunities, the Asian Olympic Qualifiers and the World Olympic Qualifiers. I want to do my best in them, secure a berth in the Olympics and win a medal for my country like I did back in 2016.