Weightlifting has been responsible for around half of the dozens of new doping cases revealed in recent months. 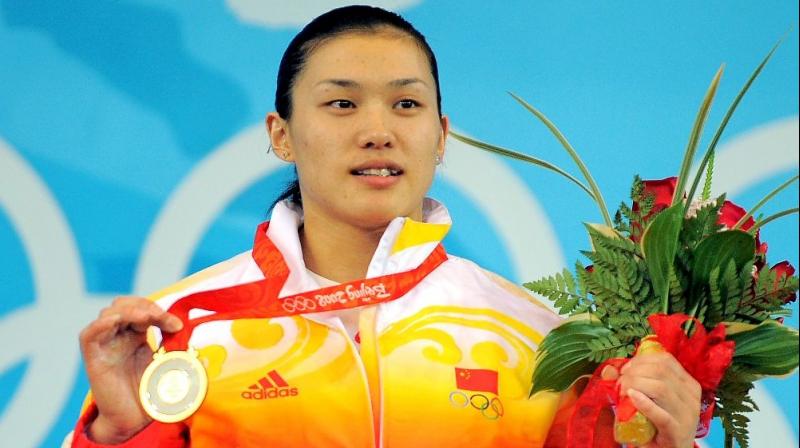 Cao Lei, the 75kg champion (in picture), Chen Xiexia, the 48kg gold medallist, and Liu Chunhong, who won the 69kg category, were stripped of their titles. (Photo: AFP)

Lausanne: Three Chinese women's weightlifting gold medallists at the 2008 Beijing Olympics were disqualified for doping on Thursday following a reanalysis of their drug tests, the International Olympic Committee said.

Cao Lei, the 75kg champion, Chen Xiexia, the 48kg gold medallist, and Liu Chunhong, who won the 69kg category, were stripped of their titles.

In all, eight athletes were disqualified on Thursday from the 2008 and 2012 Olympics in London as part of an ongoing series of retests of samples taken from both Games.

Weightlifting has been responsible for around half of the dozens of new doping cases revealed in recent months.

The Chinese trio all tested positive for the banned GHRP-2, a human growth hormone.

Also disqualified the same day were Belarus shot-putter Nadzeya Ostapchuk, who was bronze medallist in the women's shot put in Beijing but tested positive for the steroid turinabol.

She was only promoted to the bronze medal position after compatriot Natallia Mikhnevich failed an earlier dope test.

Another Belarusian, hammer thrower Darya Pchelnik, lost her fourth spot from the 2008 Games.

Three non-medal weightlifters from the 2012 Olympics in London -- Sibel Simsek of Turkey, Intigam Zairov of Azerbaijan and Armenia's Norayr Vardanyan -- were also disqualified.

In total, the IOC is reanalysing 1,243 samples from Beijing and London using testing techniques not available at the time.

By the end of December, the number of positive tests from the reanalysed samples had reached 101.

Weightlifting accounts for the bulk of positive tests, followed by athletics, wrestling and cycling.

The results of the new tests will feature in April during discussions to map out the programme of future summer Olympics.

"We will have to look at the results in detail, connect each sport with each country and see if it is a problem specific to each country," said IOC president Thomas Bach recently.

"And then we will study the situation with the World Anti-Doping Agency (WADA)."