Chess Boxing their way to victory

These medalists have chosen their career in this sport despite several odds. 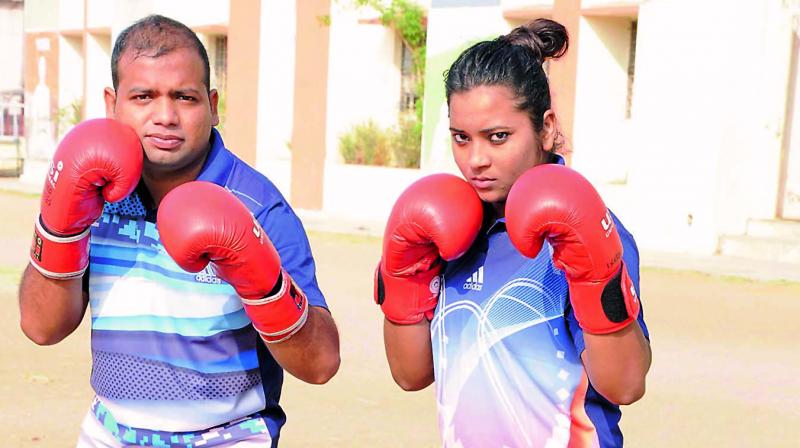 For the first time, three players from Telangana represented the state in the nationals, and Saara and Mohd Rayees took it a step further by qualifying to represent the country.

20-year-old Saara Afsaroddin Qureshi, a student of A.V. College in the city, is all set to make it big in Chess Boxing. She won the gold medal in the recent 5th Senior National Chess Boxing Championship, and will be representing India at the Chess Boxing World Championship 2017. Caught between the mind and muscle, the sport involves six rounds of chess and five rounds of boxing alternately, with a one minute break each.

Reminiscent of the story of Dangal, Saara, who is originally from Gadchiroli district, near Nagpur in Maharashtra, says that although there were people who opposed her boxing, she never gave up. “I started boxing when I was 12 years old. However, the people of my community back home are very conservative and didn’t want me to box. They wanted me to be homely and wear a burqa and not shorts. My father, too, was of the same opinion, until I started winning medals,” she says, further adding, “However, many from the community still don’t support me and hence, I moved to Telangana, where I knew I would get better training.”

For the first time, three players from Telangana represented the state in the nationals, and Saara and Mohd Rayees took it a step further by qualifying to represent the country. Talking about her future goals, Saara says, “I am also going to represent Osmania University at the All India University Championship, to be held in Jalandhar this month. My focus as of now is to win gold there. Once that gets over, I will start my training for the World championship.”

Another participant who will be representing India at the Chess Boxing World Championship 2017, is 25-year-old Mohd Rayees. Talking about his journey as a boxer so far, Rayees says, “I started formal boxing training only four years ago, and since then, I’ve played many matches. However, I was introduced to Chess Boxing only recently by Saara. My parents were a bit apprehensive about me choosing this sport as a career, but now that I have won so many medals, they are very supportive.”

Rayees feels that his coach Durga Prasad is the only reason why he has been able to perform so well and says that he would like to promote Chess Boxing in the state.