Sameer Verma gave the visitors a winning start but not before surviving a scare. He fought past Siril Verma 8-11, 11-3, 11-2. 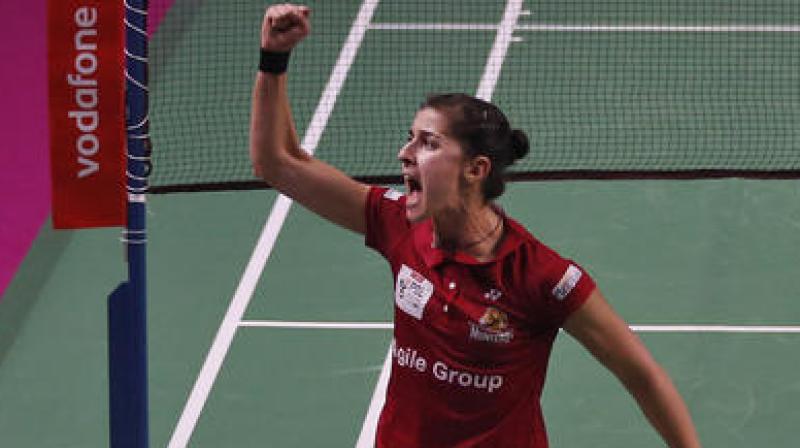 Sameer Verma gave the visitors a winning start but not before surviving a scare. He fought past Siril Verma 8-11, 11-3, 11-2.

In the mixed doubles, Hyderabad’s Satwiksairaj Rankireddy and Hoi Wah Chau proved too hot for Jwala Gutta and Vladimir Ivanov, winning 11-3, 11-4 to give them a 2-0 cushion.

Delhi’s Jan O. Jorgensen, the world no. 2, lived up to expectations and brought his A game to ease past Rajiv Ouseph 11-5, 11-7 in the men’s singles encounter which was the first trump match leaving the scores tied at 2-2.

The most awaited tie of the evening was between Rio Olympic champion Carolina Marin and Delhi’s Nitchaon Jindapon. Marin handed the lead back to the visitors and entry into the last-four stage with a hard-fought 15-14, 11-4 verdict in the women’s singles contest, which was the other trump match of the day.

The four points Hyderabad had earned till then made sure that the Bengaluru franchise were eliminated alongside Delhi. Trailing 1-6, Jindapon fought back to draw level at 8-8 before clinching the lead with some superb placements.

The Olympic champion levelled scores at 10-10. Jindapon regained the advantage with a smash before another exhausting rally saw her lead 13-12.

Jindapon then put her attempt into the net to hand the momentum to Marin who went on to take the game 15-14.