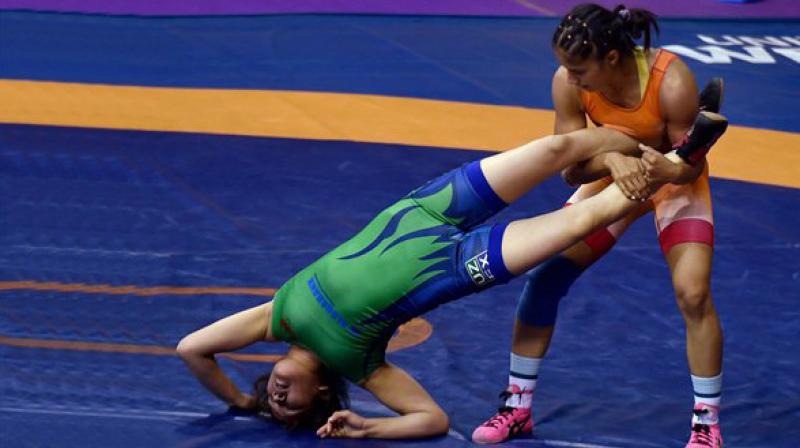 New girl on the block, Divya Kakran was the third Indian to take a silver as the hosts took their tally to seven medals with three silvers and four bronze.

Rio Olympics bronze medallist Sakshi, participating in her first international after the 2016 Games, went down to Japan’s Risako Kawai 10-0 in just two minutes and 44 seconds in the women’s 60kg category.

Sakshi was no match to Kawai, the Rio Games gold medallist in the 63kg category.

Competing for the first time in the women’s 60kg category after failing to lose weight in time for the 58kg weigh-in, Sakshi hardly had to break sweat en route to the final. The 24-year-old outclassed Nabira Esenbaeva of Uzbekistan 6-2 in the quarter-final before defeating Kazakhstan’s Ayaulym Kassymova 15-3 in the semi-finals.

Vinesh entered the final after crushing Sevara Eshmuratova of Uzbekistan 10-0 in the quarters and thrashing China’s Qi Zhang 4-0 in the last four bout. Later, Divya lost to another Japanese Sara Dosho 0-8 in four minutes and 55 seconds in the women’s 69 kg. In the women’s 48kg category, Ritu Phogat took the bronze after a walkover by China’s Yanan Sun, who pulled out with an injury.