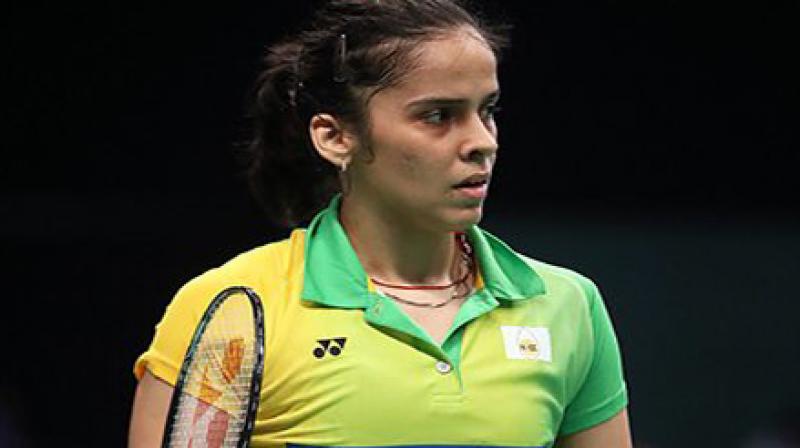 Jakarta: Three-time champion Saina Nehwal edged out Thailand's Ratchanok Intanon in a thrilling opening round to make a rousing start to her campaign at the Indonesia Super Series Premier here today.

Saina, who had a 7-5 head-to-head record against Ratchanok, will face another Thai player Nitchaon Jindapol in the next round and is likely to clash with World No. 1 Tai Tzu Ying in the quarters.

In mixed doubles, B Sumeeth Reddy and Ashwini Ponnappa suffered a 12-21 9-21 loss to Indonesian combo of Irfan Fadhilah and Weni Anggraini to crash out of the tournament. Saina made a good start to the match, leading 10-4 at one stage but she blew the advantage after the break as Ratchanok clawed back at 14-14 and then marched ahead to earn the bragging rights.

In the second game, Saina opened up a 12-7 lead and despite the Thai girl levelling scores at 16-16, the Indian surged ahead to bounce back. In the decider, Saina dished out a dominating game as she lead right from the start 8-2 and didn't give any chance to Ratchanok to make a comeback.