What next for Barca in case of Catalan independence?

A Barca spokesperson has said the club would “consult its members” in the hypothetical case independence came to pass. 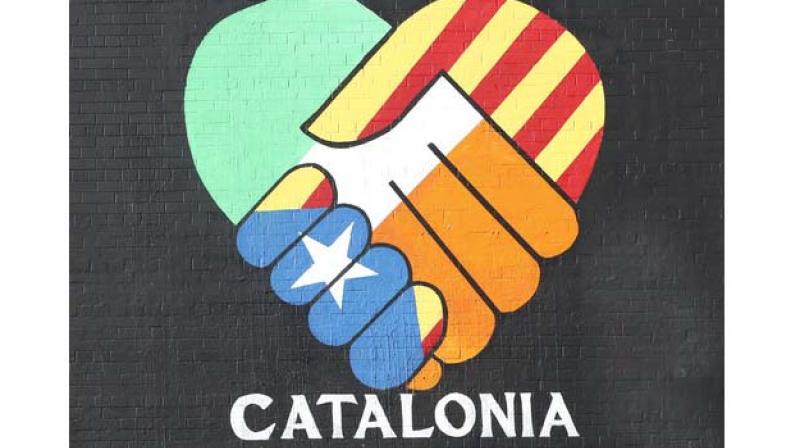 Madrid: Catalonia’s drive for independence from Spain could have wide-reaching consequences for the region’s football clubs, including the world famous Barcelona.

Catalan leaders signed a declaration of independence from Spain on Tuesday but immediately put it on hold and called for talks with Madrid to resolve the country’s worst political crisis in decades.

A look at what questions lie ahead for the clubs and the Spanish football authorities in the coming months:

Which clubs are affected?
As well as Barcelona, there are two other Catalan clubs — Espanyol and Girona — in La Liga and three more, including Barca’s B team in the second division.

“If the rebellion succeeds, we will work for a league without Barcelona,” Tebas told BeIN Sports Spain earlier this week.

Tebas’s reasoning is that Spain’s sports law only allows teams from Spain and Andorra to participate in Spanish leagues.

However, a change in legislation could allow Catalan teams to continue and many believe Tebas’s hardline stance could soften should independence be established, not least due to the economic blow that losing Barca could have for La Liga.

“Barca-Real Madrid is a very attractive product. Trying to destroy that would be an error on the part of the government, La Liga or the Federation,” former Barca president and pro-independence campaigner Joan Laporta told a conference last month.

Will this season be completed?
A long road lies ahead for independence to succeed.

According to Alberto Palomar, a doctor of law at Madrid’s Carlos III University and expert in sports law, any transition towards independence would maintain Spanish law until the declaration of a new Catalan constitution.

“Whilst the (Catalan) federations are integrated, the teams can compete and players can represent Spain,” said Palomar.

Even Tebas admitted last week he “didn’t think there would be an immediate rupture” that would prevent the current season from finishing.

Could Barca play in other leagues?
The examples of Monaco in Ligue 1 or Welsh side Swansea City in the Premier League have led to rumours Barca could turn to one of Europe’s other top leagues if they are shut out of La Liga.

However, the prospect of clubs in England or France voting for the inclusion of a powerhouse like Barca into their leagues remains a remote one.

“I don’t believe it is a scenario you can envisage in a realistic way,” Arsenal manager Arsene Wenger told BeIN Sports this week.

Palomar also believes the process of gaining Fifa recognition for an independent Catalan federation could be a drawn out one like in the cases of Gibraltar or Kosovo, without which no agreements can be made to form cross-border leagues.

Any Catalan league would also need Uefa recognition to gain entry to competitions such as the Champions League.

Faced with a series of unenticing options, Barca could also use their sporting and financial muscle to try and convince some of Europe’s other top clubs to form a breakaway league.

What would the economic impact be?
In an interview in 2015, Tebas described the Barca’s rivalry with Real Madrid as La Liga’s “crown jewels”.

El Clasico is regularly the most watched match around the world and a huge boost to La Liga’s near 1.8 billion euro ($2.1 billion) TV revenue for the 2016/17 season.

For Barcelona, the impact could be even more drastic. The club announced last month they expect to make a record 897 million euros this season, nearly a quarter of which comes from La Liga TV deals.

“They wouldn’t be able to have world-leading figures,” added Gay de Liebana, of a squad currently boasting the likes of five-time World Player of the Year Lionel Messi.

“They would become a medium-sized club.”

What are Barca’s contingency plans?
A powerful symbol of Catalonia around the world, Barca have tried to walk a political tightrope by coming out in favour of its right to self-determination, but stopping short of backing independence.

A Barca spokesperson has said the club would “consult its members” in the hypothetical case independence came to pass.

However, they remain confident that “any league in Europe, including the Spanish league, would love to have a club like Barca taking part in it.”