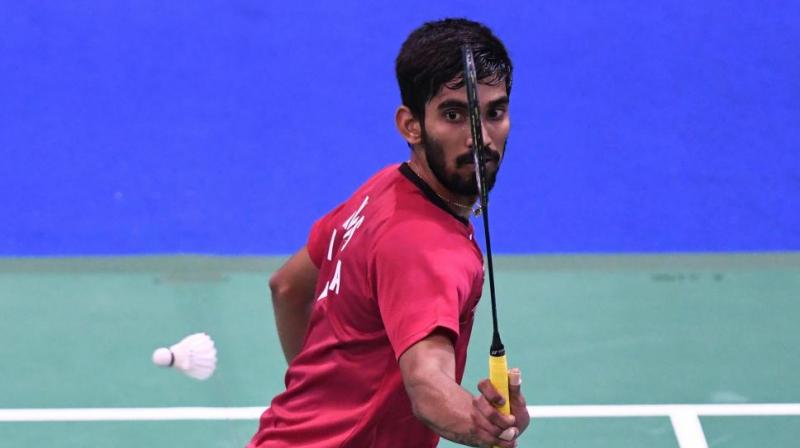 Shuttler Kidambi Srikanth on Thursday progressed to the quarter-finals of the ongoing Hong Kong Open after registering a win in the second round. (Photo: AFP / File)

Hong Kong: Shuttler Kidambi Srikanth on Thursday progressed to the quarter-finals of the ongoing Hong Kong Open after registering a win in the second round.

Srikanth was able to come out all guns blazing in the first game and he did not allow Verma to get any sort of momentum.

However, Verma came back strongly in the match to win the second game and send the match into the third and deciding game.

In the third game, Srikanth did not allow Verma to create momentum and he wrapped up the match in 59 minutes.

Earlier in the day, HS Prannoy had to face disappointment as he lost his second round match against Indonesia's Jonatan Christie.

Christie defeated Prannoy 21-12, 21-19 to enter the quarter-finals of the tournament.

Later in the day, PV Sindhu would be in action as she would face Busanan Ongbamrungphan of Thailand.