Australian swimmer and Olympic gold-medallist Grant Hackett was arrested from his parents' house over a 'medical problem'. 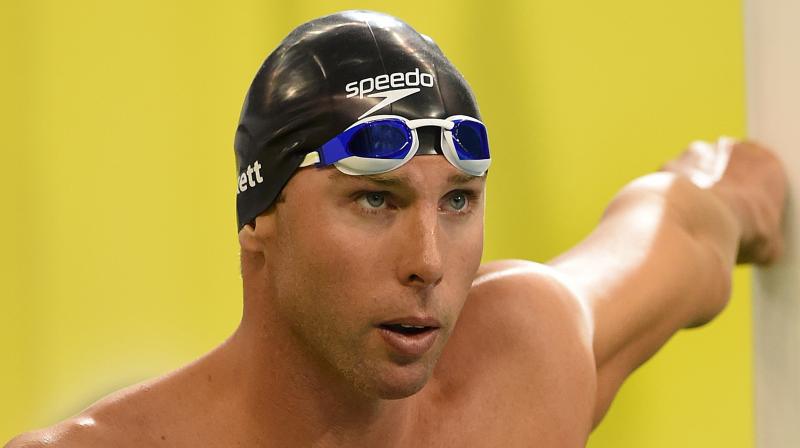 Gold Coast: Australian long distance swimming great Grant Hackett was arrested and detained by police in the Gold Coast on Wednesday after a "breakdown" at his parents' home, local media reported.

The troubled triple Olympic champion's father told local newspaper, the Gold Coast Bulletin, that he had called the police so his 36-year-old son could be given help.

"Grant's got a medical problem and it manifested itself here this morning... he was raving and ranting a bit," Neville Hackett told the paper.

"He's been receiving treatment from a doctor. He's big and powerful when he's not happy. We decided he needed some treatment but there was no way he was going to go and get treatment this morning, so we called the police.

"The only way the police can do anything under the law of the land is to arrest him for domestic violence."

Neville Hackett said the swimmer had not made any threats but was not "what you say is a normal person".

Hackett won 1,500 metres gold at the 2000 Sydney Olympics and at Athens in 2004 before retiring after the 2008 Games in Beijing, where he won silver in the event. The 10-time world champion returned to the pool last year to make an unsuccessful bid to qualify for the Rio Olympics.

He was questioned by airport police in Melbourne last April after an altercation with a passenger on a flight. He said he had been binge drinking in the wake of his Olympic disappointment and publicly apologised.

Hackett has previously struggled with prescription drug problems and admitted he became dependent on a sleep medication.

The swimmer flew to the United States in 2014 to spend time in a rehab centre after he was spotted topless and disoriented in the lobby of a Melbourne casino.