Setting up the game 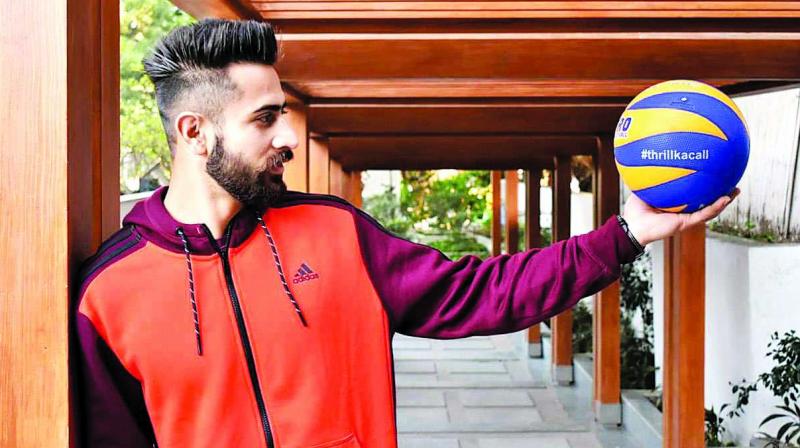 Going by the cursory look at the league standings of the inaugural Pro Volleyball League it hasn’t been the ideal setting for U Mumba Volley. The Mumbai based company U Sports owned team are yet to win after three matches in Kochi of the ongoing six-team league.

However, their rookie setter Saqlain Tariq believes they can set things right from here on. “We have a good team but luck has eluded us thus far. We still have a chance to enter semi-finals if we win both the remaining matches. We can do it if we perform well,” said Tariq.

The U Mumba Volley have lost to table toppers Calicut Heroes and second placed Kochi Blue Spikers. On Tuesday they went down 3-2 to Black Hawks Hyderabad who are at the third position. Calicut and Kochi are already through to play-offs but two spots are still up for grabs. The U Mumba Volley now move to Chennai to take on Chennai Spartans on Saturday and Ahmedabad Defenders on Monday with the hope that change in venue will change fortunes of the team.

For 21-year-old Saqlain who is the only player from Jammu and Kashmir to play for Indian Volleyball team and get picked for the Pro Volleyball League, it has been great experience so far.

“It is just the first year and this League will only evolve from here. There is a lot to learn from senior and foreign players. To play and interact with them gives you more incite about the games. I have already learnt a lot,” he said.

Coming from a sports family in border district Poonch in Jammu division, he started playing in 2009 after his father, Mohammad Tariq, a physical education teacher and volleyball coach introduced him to the game. He went on to represent Jammu and Kashmir in U-14 Volleyball Tournament.

“Everyone in the family knew about volleyball so I always got support from them and it helped me to overcome the hardships on the way,” he said.

He moved to Ludhiana, Punjab in the ninth grade and joined the Unique Football Academy to improve his game. “My game had reached to a certain level and my father thought I won’t get much competition in Jammu and Kashmir. So I moved to Ludhiana for better competition and it has worked for me,” said Saqlain who plays for ONGC and is contracted to play for them since 2017.

He played in BRICS Games 2018- U-21, Johannesburg where India won bronze medal. He captained Indian team in the 10th Youth Asian Championship 2018 in Colombo. He was also part of the senior men’s Indian team camp for the Asian Games in Jakarta last year.

Tariq isn’t a household name yet back home like cricketer Parvez Rasool, footballers Mehrajuddin Wadoo, Ishfaq Ahmed and Real Kashmir Football Club players but his progress may inspire many to take up the game in his state.

“The League has made made me popular and better player under pressure situations. I am ready for bigger challenges at international level. I want to be in the senior national team and do well at the Asian Championships,” he said.