The venue has staged various versions of cricket — the traditional format of Tests to the modern Twenty20. 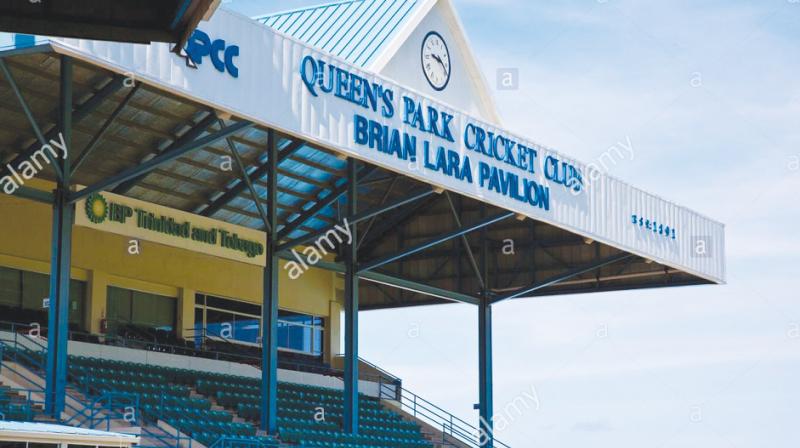 Scanning the pages of history, one finds that first international cricket event held at the club was in 1897 when an English team led by Lord Hawke played against the Queen’s Park Club.

While thinking about the history of the Queen’s Park Cricket Club of Trinidad, lines in Ecclesiastes Chapter 1 seemed to sum up the long journey of its existence, “One generation passeth away, and another generation cometh: but the earth abideth forever. The sun also riseth, and the sun goeth down, and hasteth to his place where he arose.”

The words encompass both the past and the present of the club. It is a saga of humble beginning to the grandeur and glory of the present.

Often, the Queen’s Park Cricket Club is simply described as a sports hub of the twin islands of Trinidad & Tobago. But as a Trinidadian fan, I call it sanctum sanctorum of sport in the capital township of Port of Spain.

For the writer, the club is a hallowed institution, as holy as any place of worship for its past has bequeathed a rich legacy to the present. It is a storehouse of memories of men and their memorable moments. Just to call it a cricket club would be an injustice to the cultural sports centre of the insular country.

The nucleus of sports activities is the Queen’s Park Oval, first built in 1891. The management of the stadium is the sole responsibility of the Queen’s Park Cricket Club. It is one of the oldest cricket venues with largest capacity of any Caribbean cricket ground with 20,000 spectators able to watch cricket comfortably.

The venue has staged various versions of cricket — the traditional format of Tests to the modern Twenty20. The club has also hosted two prestigious international events, the World Series Cricket (the rebel series of 1979) and the 2007 ICC World Cup. It is the home ground of the Caribbean Premier League team Trinidad and Tobago Red Steels.

When author returned to the Queen’s Park Cricket Club in 2002 he found a sea change in the stadium from where he had commentated 16 years earlier. It had stands now named after illustrious cricketers like Learie Constantine, the Brian Lara Pavilion and the noisy Trini Posse Stand (like the cheerleaders of the IPL).

The two ends of the ground are the Pavilion End and Media Centre End which has been renamed Willie Rodriguez End (after the former Trinidad Test player). It was no more a mere cricket ground but a concrete structure mostly covered stadium with well-equipped media centre named after Gerry Gomez (also a commentator after his playing days) where I met old members of the Caribbean cricket commentators community — the doyen among them Tony Cozier — “Reds” Perreira, and David Lamy. Lamy interviewed me on the changing facets of cricket and nostalgia of my Caribbean visit for the Queen’s Park Club magazine.

There is a very informative museum in the club showcasing pictorially the history of cricket in Trinidad and Tobago and in the West Indies from the early 20th century. The brochure reveals that the facilities at the club include the cricket stadium, a gym, indoor and outdoor cricket practice nets, two squash courts and two outdoor tennis courts. The cricket field has also been used to host domestic and international football matches, and several music concerts.

Having covered cricket from many centers, for the author it remains one of the most picturesque of venues. The backdrop of the Laventille Hills add to the beauty of the venue. It is said, “If it rains in Laventille Hills, the Queen’s Park Oval is next on the cards.” Then the luxurious and sprawling savannah with shady Saman trees add splendor to the scenic setting.

Scanning the pages of history, one finds that first international cricket event held at the club was in 1897 when an English team led by Lord Hawke played against the Queen’s Park Club. There was another match versus Trinidad and on both occasions, the visitors were at the receiving end. With the West Indies joining the international cricketing community in 1926, the club hosted the first ever home series Test against England in 1930.

During the early years of the 20th century, the Queen’s Park Oval was an epicenter of cricket and club activities. The veteran cricket writer C.L.R. James (author of Beyond A Boundary) records that “they were for the most part white and often wealthy” and that “a black man in the Queen’s Park was rare and usually anonymous”.

The writer had the privilege of meeting this genial giant (a professor of Political Science with Marxist leaning who was in the forefront of the self-rule movement in the Caribbean with politicians like Eric Williams of Trinidad and Chedi Jagan of Guyana) over breakfast in the Queen’s Park Hotel during a commentary stint in 1976. A revered personality in West Indies cricket circles, James had come to his native island with a BBC TV team to make a film on Caribbean cricket.

Shortly afterwards in the press box of the Queen’s Park Oval where India and West Indies had locked horns, James had a long passionate talk with Jeff Stollmeyer (author of Everything Under the Sun) then president of the West Indies Cricket Board and shared his views on the changing pattern of the game with Brunnell Jones (who covered cricket for The Hindu from the Caribbean) and sports editors of many dailies, Rudy Raghubir (Trinidad Express), Bootins Alkins (The Trinidad Guardian) and Tony Becca (Jamaica Gleaner).

The 1976 Trinidad visit was fruitful in many ways to also find part of my lost family in Ramcharetar Rickhi (secretary, West Indies Cricket Umpires Association, headed by ex Test stalwart Gerry Gomez) and Jai Parasram from Trinidad television whose brother Sham was my contemporary in Delhi University’s Zoology Deptt. The warmth and hospitality of the people made Trinidad my second home.

My second visit in 2002 witnessed a considerable comedown in the following of the willow game in the Caribbean. Despite the ebbs and tides, cricket still was in prime focus in the Caribbean, though my sojourn ended on a gloomy note on hearing of the sad demise of Indian googly maestro Subhash Gupte.(settled at St. Fernando in Trinidad). on May 31. The gathering at his memorial service also included Little Master Sunil Gavaskar amongst others.

Recalling the past and present of the Queen’s Park Club reminded me of Percy Shelley, who wrote, “History is a cyclic poem written by Time upon the memories of Man.”