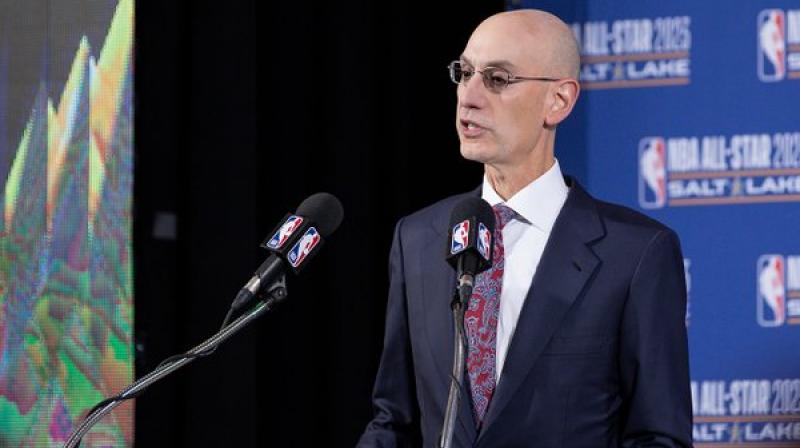 Los Angeles: NBA Commissioner Adam Silver is among the 14 sports figures advising the U.S. government on when to resume with sporting events, President Donald Trump said on Tuesday.

The NBA postponed its season last month when it learned that one of its players had tested positive for the coronavirus and other leagues quickly followed suit, bringing a halt to the professional sports calendar.

“We have to get our sports back,” Trump said at the White House.

“I’m tired of watching baseball games that are 14 years old,” he said in reference to how networks like ESPN have resorted to re-airing old games to fill the broadcasting void.

In addition to Silver, the committee also includes: NFL chief Roger Goodell and  Dallas Mavericks owner Mark Cuban and a dozen others.

While Silver has said he doesn't expect to resume with games right away, some others have pushed hard to hold events during the pandemic.

The WWE was cleared to resume taping its wrestling events at its Orlando training facility after Florida officials deemed it an “essential business,” ESPN reported on Monday, a move that could clear the way for other sports to return in the state.

Nearly 2 million people globally have been infected and more than 124,000 have died since the disease emerged in China late last year, according to a Reuters tally.

More than 2,200 died in the United States alone on Tuesday from Covid19, the disease caused by the new coronavirus, a record toll according to the tally, even as the country debated how to reopen its economy.