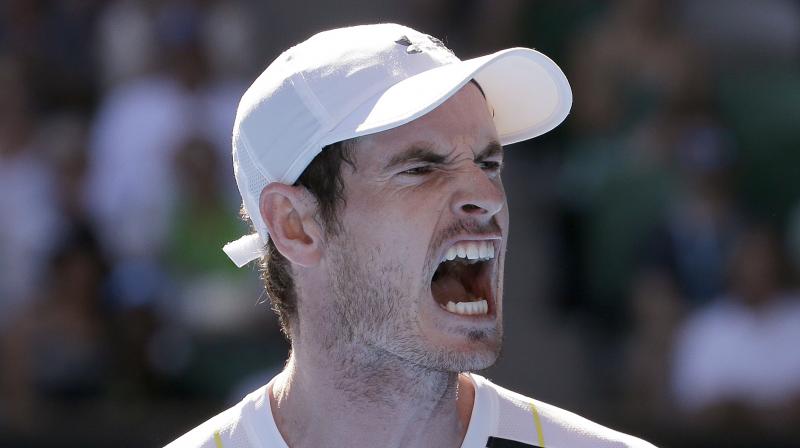 London: Andy Murray and Novak Djokovic may be battered and bruised but Roger Federer has handed them the blueprint to keep playing into their mid-30s — take a risk, take a break.

As defending Wimbledon champion Murray hobbled to a quarter-final defeat against Sam Querrey, cursing his long-standing hip problem, and three-time winner Djokovic quit against Tomas Berdych with a right elbow injury, Federer was cruising into his 12th semi-final at the All England Club.

Both world number one Murray and the struggling Djokovic hinted at taking a break from the sport but are wary of the US Open fast approaching in six weeks’ time.

In contrast, Federer, who will be 36 in August, has defied the passing years to stand just two wins away from a record eighth Wimbledon title.

“Federer is playing the best tennis ever at the age of 35 because he has got everything right in the rest of his life too,” Boris Becker told the BBC.

When Federer lost to Milos Raonic in the Wimbledon semi-finals in 2016, he immediately shut down the rest of his season.

It meant he missed the Rio Olympics and the US Open having already skipped the French Open after undergoing knee surgery.

He finished 2016 having played just 28 matches. While he rested up, Murray and Djokovic battled for the world number one spot.

The British star ended 2016 having fought through 87 matches while Djokovic played 74 times.

In 2017, Federer has featured in just seven tournaments, winning the Australian Open, Indian Wells and Miami Masters as well as the Halle grass-court title.

His win loss-record is currently 29-2. He also skipped the 10-week clay-court season which culminated in Rafael Nadal strolling to a 10th Roland Garros title.

Murray has already taken part in 11 events this year with a win-loss ratio of 25-10.

Djokovic, down at four in the world rankings, his lowest since 2009, has slugged through 12 tournaments, including two trips to the Davis Cup.

He has 33 wins on the season and eight losses.

Federer believes he has found the perfect balance, playing at the right times and resting when required.

“Once you hit 30, you’ve got to look back and think of how much tennis have I played, how much rest did I give my body over the years, how much training have I done, did I do enough, did I overdo it or not enough,” he explained.

“It’s always calibrating the whole thing. For me it worked out. Sometimes the body and the mind do need a rest.”

Becker believes Murray and Djokovic, both 30, need to think long-term just like Federer.

Grand Slam results this year bear him out. At the Australian Open, Murray exited at the fourth round stage before making a run to the French Open semis.

Djokovic, who held all four majors when he clinched the 2016 French Open, was a second round loser in Melbourne and a quarter-finalist at Roland Garros.

“Maybe that is a lesson learned for Andy and Novak to really take care of their bodies — take their time and get healthy, and don’t play when they can’t,” added Becker.

“Andy has got to think long-term, not worry about making the US Open — if he is moving there like he did at Wimbledon, then he won’t win it anyway.

“So, the worst thing that can happen if he skips New York is that he misses one Grand Slam — that doesn’t matter, because the Australian Open is around the corner at the start of 2018.

“The Tour is a gruelling schedule and I would give the same advice to Novak too — rest.”