This is not dependent only on the inadequacies of batsmen, but the ability of the bowlers concerned. 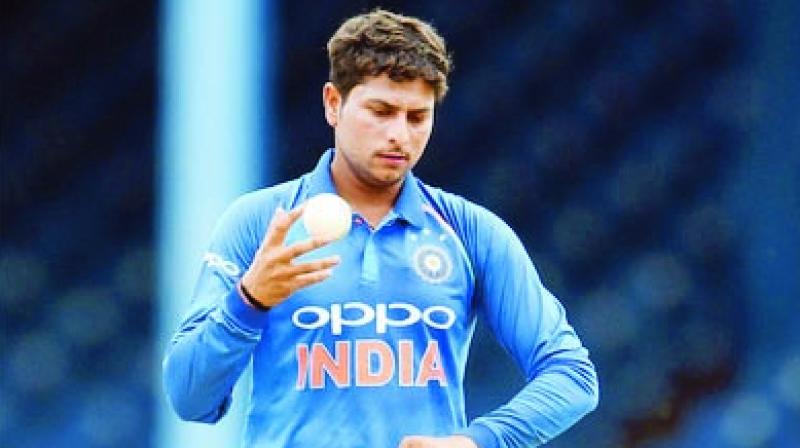 Oh dear, poor Merlyn has come under a great deal of flak after England were routed by India in the first ODI. But frankly, what can a hapless, inanimate bowling machine do if the skill of batsmen against wrist spin itself is so dubious.

England’s batsmen have been at sixes and sevens, unable to read India’s wrist spinners — Kuldeep Yadav particularly, and Yuzvendra Chahal — and have been badly exposed.

As the T20 and ODI series has progressed, they have approached these bowlers with hope and prayer, rather than conviction: Largely because they’ve been trying to read the spinners off the pitch rather than just before or when the ball is bowled, as most successful batsmen through the ages have shown.

This becomes a serious limitation against bowlers who can deliver from back-of-the-hand. Fathoming a wrist spinner is never easy. It requires a deep understanding of the skills and repertoire of the bowler who can get the ball to turn either way with virtually the same action.

Master batsman Viv Richards has spoken of his struggles against B.S. Chandrashekhar in the 1970s, and the time it took for him to come to terms with the unorthodox leg spinner.

Indeed, even at the height of his prowess, Richards confessed that he often read Chandra wrongly. Chandrashekhar was a freak, on his day impossible to bat against. But if one of the greatest batsmen in the history of cricket can be troubled by wrist spin, imagine the plight of lesser mortals! And the problems grow manifold if batsmen have not been exposed enough to this kind of bowling, as is the case with the current crop of English players.

Wrist spin, which seemed a dead art in the 1980s, has seen a revival in the modern era, initially through Abdul Qadir, and in his wake Shane Warne, Anil Kumble, Stuart McGill, Mushtaq Ahmed all of who enjoyed successful international careers.

Inspired by these bowlers, wrist-spinners abound today. Because they can be match-winners in every format, they are in huge demand.
But success is not guaranteed.

This is not dependent only on the inadequacies of batsmen, but the ability of the bowlers concerned.

Wrist spin is a difficult skill and unless the bowler has both guile and control, it can be expensive. Apart from strong fingers, wrist, arm and shoulders, they need a sharp mind to stay ahead of the batsman, and a big heart to take punishment.

All the successful orthodox wrist-spin bowlers mentioned above – or going back earlier in history to the likes of Charlie Grimmett, Bill O’Reilly — had superb control, were always attacking, and had the ability to outthink batsmen.

Essentially, wrist-spinners must be wicket-takers. They can’t be overly erratic or defensive. They are not stock bowlers. Their usefulness is not defined by how they keep batsmen quiet, rather how quickly they dismiss him. They must be risk takers to be match-winners.

The crux, of course, is that that even wrist-spinners have to keep improving to remain relevant. The time for this can be extremely short these days given the number of matches being played across formats in which they can be found out and become ineffective.

Brad Hogg, who like Kuldeep Yadav bowled left-arm with the dreaded chinaman in his armoury, had a brief career simply because he did not evolve. The mystery in his bowling vanished quickly and he lost his place. Similarly, Indian leg spinners Amit Mishra and Piyush Chawla.

How Kuldeep and Chahal progress from here remains to be seen. Interestingly, their current form and success has not only had the English batsmen bamboozled, but also created a dilemma whether they should not be in the squad for the five-Test series against England.