World no 38 Sourabh, who had won the National champion this year, will now play the USD 400,000 Korea Open World Tour Super 500 event 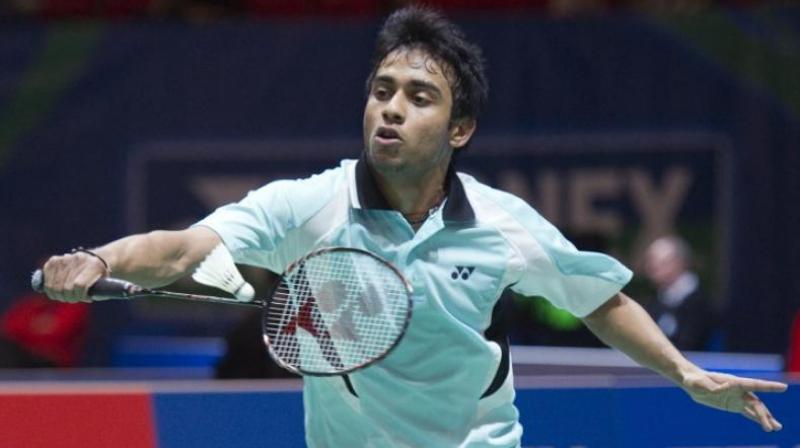 Second seed Sourabh, who has won the Hyderabad Open and Slovenian International earlier this year, recovered from a mid-game slump to beat Sun 21-12 17-21 21-14 in the summit clash which lasted an hour and 12 minutes. (Photo: File)

Second seed Sourabh, who has won the Hyderabad Open and Slovenian International earlier this year, recovered from a mid-game slump to beat Sun 21-12 17-21 21-14 in the summit clash which lasted an hour and 12 minutes.

Sourabh dominated the proceedings in the opening game as he jumped to a 4-0 lead early on and kept moving ahead. He enjoyed a 11-4 cushion at the break and surged to a 15-4 advantage after the breather.

Sun tried to recover but the gap was too wide to be bridged as Sourabh pocketed the first game comfortably.

The Chinese came out all guns blazing in the second game, zooming to an 8-0 lead. He lead 11-5 at the interval and even though the Indian tried to make a comeback, it proved an uphill task as Sun roared back into the contest.

In the decider, Sun had a slender 4-2 lead initially but Sourabh ensured he enjoyed a 11-7 advantage at the breather. The Indian then maintained his lead, despite the Chinese snapping at his heels.

Leading 17-14, Sourabh blasted off the next four points to shut the door on his opponent and win his third title of the year.

The 26-year-old from Madhya Pradesh had won the Dutch Open and Korea Open last year.