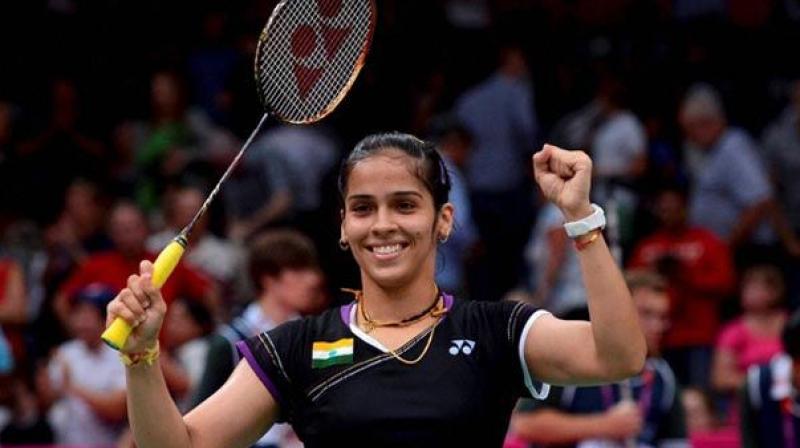 Nehwal will now square off with fifth-seed Akane Yamaguchi of Japan for a place in the quarter-finals of the women's singles event. (Photo: AP)

Fuzhou: Fresh from her victory at the Senior National Badminton Championship, Indian star shuttler Saina Nehwal kicked off her campaign at the China Open Superseries Premier with a thumping straight games win over Beiwen Zhang of America here on Wednesday.

The London Olympic bronze-medalist continued her rich vein of form as she registered a comfortable 21-12, 21-13 win over her American opponent Zhang in one-sided clash that lasted just half an hour.

Nehwal will now square off with fifth-seed Akane Yamaguchi of Japan for a place in the quarter-finals of the women's singles event.

HS Prannoy, who also lifted the national title by beating his countryman Kidambi Srikanth in the finals of the men's singles event, will also be seen in action in China Open when he takes on qualifier Lee Dong Keun of Korea later today.

Meanwhile, Sindhu will look to get back to her winning ways after a setback against Saina when she faces Japan's Sayaka Sato in the first round of the women's singles event.

In another men's singles clash, Commonwealth Games champion Parupalli Kashyap will kick off his campaign in the qualifiers, facing China's Guo Kai.