Shortly after the game Zlatan posted a picture on social media with the caption “We are Zweden”. 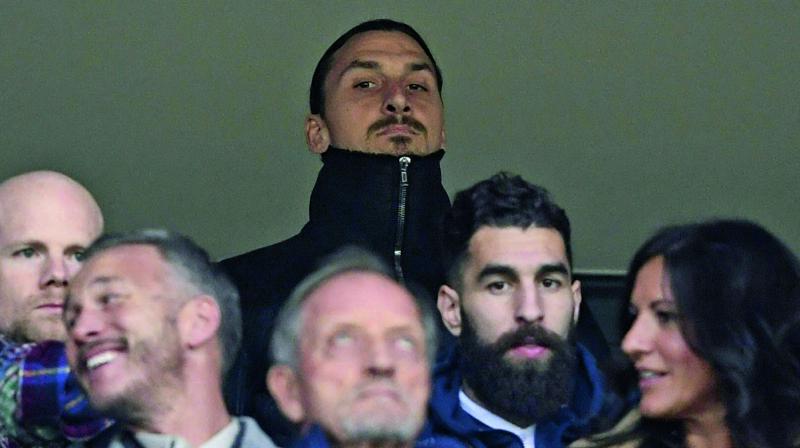 Stockhom: The final whistle which signalled that Sweden had qualified for the World Cup was still echoing around the San Siro when the speculation began — will retired record goalscorer Zlatan Ibrahimovic return for the finals in Russia?

Sweden had just secured a 1-0 aggregate victory over Italy with a squad short on big names, a team that snatched second place in European qualifying Group A from the Dutch and beaten France at home before knocking out Italy, all without Zlatan.

“This is incredible. The player has just stopped to play one-and-a-half years ago and we are still here talking about him,” Sweden boss Andersson said when asked if Ibrahimovic was set to return.

The 36-year-old walked away from the national team after a disappointing group stage exit at Euro 2016, ending an international career that saw him score 62 goals, many of them spectacular, in 116 matches for his country.

Shortly after the game Zlatan posted a picture on social media with the caption “We are Zweden”.

By Tuesday, it had over a million likes on Instagram, but Andersson didn’t seem entirely positive about a possible return.

“Zlatan is, as I expressed it, our greatest player of all time, a fantastic athlete in every way, but he has chosen not to take part,” he told a news conference in Milan on Tuesday.

“These guys who did take part and have performed fantastically. It’s sad to sit and talk about someone who hasn’t been here. I have a gang that has done fantastic, we can talk about them instead.”

The Manchester United striker, currently recovering from a knee injury, has always been a divisive figure in his country, adored for his skills but perceived as arrogant and selfish.