Rivalry is with events, says Anand

Anand retained his World Championship title thrice before losing it to Norwegian Magnus Carlsen in his hometown, Chennai in 2013. 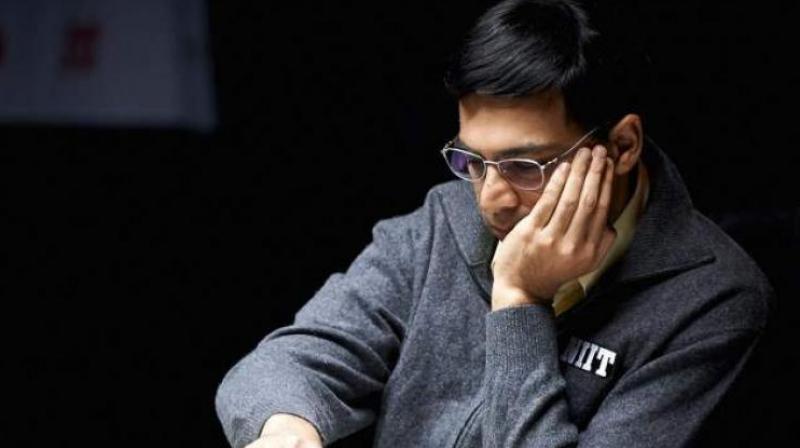 Pune: Five-time chess world championship, Grand Master Vishwanathan Anand who dominated the game of wits for around two decades is now focusing on escalating his rank to silence his critics and get back to his best again.

Returning to the knockout circuit after 15 years, Anand failed to qualify for the Candidates Tournament, which determines the player to challenge the world champion as he lost in the second round of the World Cup in September.“I realized that I was rusty and my trainer pointed it to me as well,” he said.

Another blow for Anand was the wild card entry of Vladmir Kramnick is the Candidates meet. “I felt that it was only chance to qualify for the World Championship. The sponsors were Russian so they picked Kramnik. I does not affect me much,” he said.

The former World Champion is only drawing positives at this point in his career. He opened an academy in Pune in association with Child Centric Homes by Gera Developers on Nov 12. One way of giving back to the sport is always by nurturing the youth. “I will provide the material and interact closely with these kids. As we get more experience together, we can plan more for them. I will keep a close eye,” said Anand.

With increasing age and a topsy-turvy form, the issue of retirement generally comes alive. In a sport like Chess, age does not play a major role in the performance of a player. At the age of 47 years, Anand is not affected by any of the questions to his retirement.  “It doesn’t affect me too much. It’s background noise to me. I enjoy playing chess and I don’t see a reason as to why I should debate,” asserted the former world number 1.

“I want to push up my rating so that I can bounce back. The idea is to will try to fill my calendar with events to keep playing on regular intervals, which I have been doing since March. I want to be consistent in 2018 than have these dips,” he further added.

Anand retained his World Championship title thrice before losing it to Norwegian Magnus Carlsen in his hometown, Chennai in 2013. Their rivalry went on to the next edition where current Carlsen triumphed again. Currently, the Norwegian is the World Champion and Anand is waiting to re-ignite the rivalry.

“It’s cooled off a bit. The world championship part of the rivalry is over for the moment. In 2015 we played thrice on the tour but it’s not that intense, it’s different. My rivalry is with tournaments these days,” he said.