The MRF Challenge race in Abu Dhabi will take place along with the prestigious Gulf 12 Hours race. 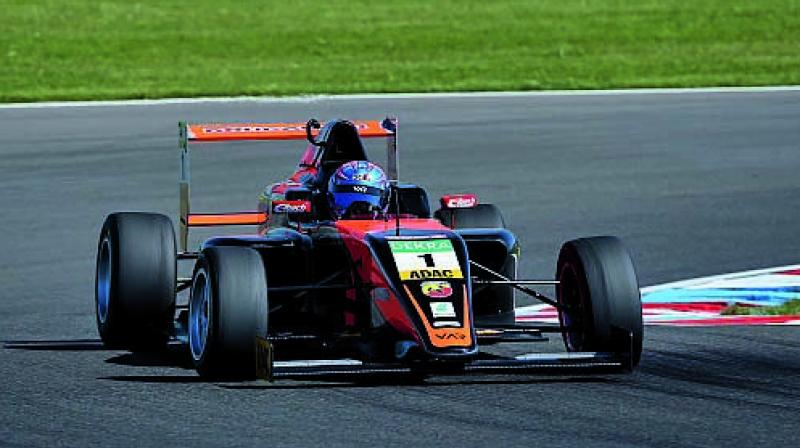 Brazil driver Felipe Drugovich will hope to extend his lead in the MRF Challenge 2017 third round in a night race at Abu Dhabi’s Yas Marina circuit.

Drugovich extended his lead by winning two races in Dubai earlier in the season. He leads by 150 points, though the battle behind him is close with Indonesia’s Presley Martono on 132 points, just eight ahead of Dutch driver Rinus van Kalmthout.

GP3 driver Julien Falchero had a tough weekend in Dubai and has slipped to fourth place with 105 points.

Presley Martono was on pole position in Dubai and took his first ever win in the series. Rinus Van Kalmthout won Race 2 while Felipe Drugovich took two wins. It will be the first time that back-to-back races will be held in the FIA sanctioned championship.

The MRF Challenge race in Abu Dhabi will take place along with the prestigious Gulf 12 Hours race. The MRF F2000 last raced here in 2015 and will return with all races being held under lights. MRF Tyres vice-chairman and managing director Arun Mammen said is excited about the night race.

“Yas Marina is one of the best new circuits in the world and it is our pleasure to race here again. After a buzzing Dubai race the drivers can’t wait to race here.

“The Championship is shaping up well and this circuit provides a good opportunity for the drivers to showcase their abilities. Am sure fans will enjoy every moment of the F2000 cars under the lights.”