Total 15 countries will be participating in the two-day spectacle at Shree Samartha Vyayam Mandir (SSVM) in Dadar. 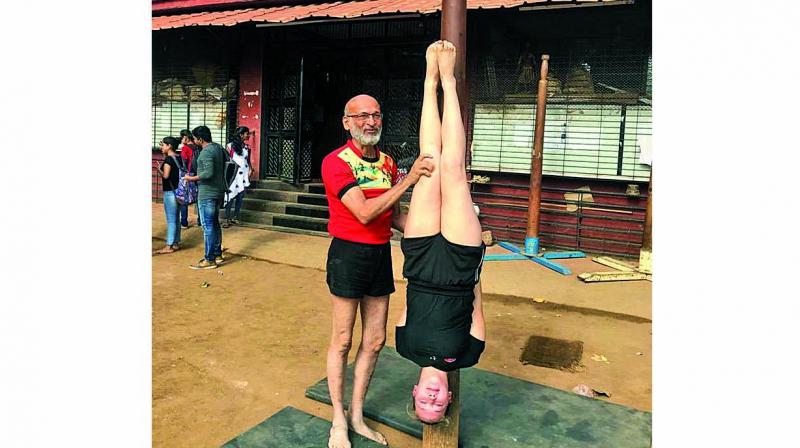 The iconic Shivaji Park in Dadar is all set to host the first ever Mallakhamb World Championship from Saturday. The inauguration ceremony will be held in the morning at the hands of the Education, Sports and Youth welfare state minister Vinod Tawde, Vishwanath Mahadeshwar, Mayor of Mumbai and Naseeruddin Shah.

Total 15 countries will be participating in the two-day spectacle at Shree Samartha Vyayam Mandir (SSVM) in Dadar. The organisers are leaving no stone upturned to make the inaugural event about a sport that originated in Maharashtra, a major success.

“We have erected an AC Pandal which can accommodate around 2000 people. Being a silent zone we will not create much noise. We have made elaborate arrangements to make it a success. Our budget has been 1.73 crores and many corporates have come forward to show the support. We have three entry gates from the spectators to watch the athletes perform,” said Championship Director Uday Deshpande on Friday.

Besides participation from India, more than hundred International participants from Asian countries like Singapore, Malaysia, Vietnam and other countries Germany, Czech Republic, Italy, England, USA, America and Brazil are part of the event.
“We had entry from 23 countries but eight countries opted out at the last moment. The arrival of many foreign players started a week prior to the Championship,” said Deshpande who has been conducting mallakhamb workshops in Germany from 15 years and now they are popularising the sport in other countries as well.

Deshpande is also the Director and Secretary General of the Vishwa Mallakhamb Federation. The Maharashtra government recently bestowed the Shiv Chhatrapati Lifetime Achievement Award’ on mallakhamb coach Deshpande for 2017-18. He has trained over 2500 athletes from more than 50 countries. He has been training athletes at SSVM and has been helping them ahead of the competition.

“The sport is growing and this championship will show that Mallakhamb which originated in Maharashtra is no longer restricted to the state only. The sport has spread across India and the world,” Deshpande said.

The popularity of the sport has caught the attention of countries like Germany and the USA that have already formed mallakhamb federations— ‘Germany Mallakhamb Federation’ ‘Mallakhamb Federation of the USA’. Similarly, the establishment of National Federations at Nepal, Bhutan, Bangladesh, Dubai, Hong Kong, Singapore, Indonesia, Malaysia, Thailand, and few other European countries are in pipeline.