Correia expects it to be a tough fight for McGregor. “I love both these guys. Floyd is one of the greatest of all time in boxing. 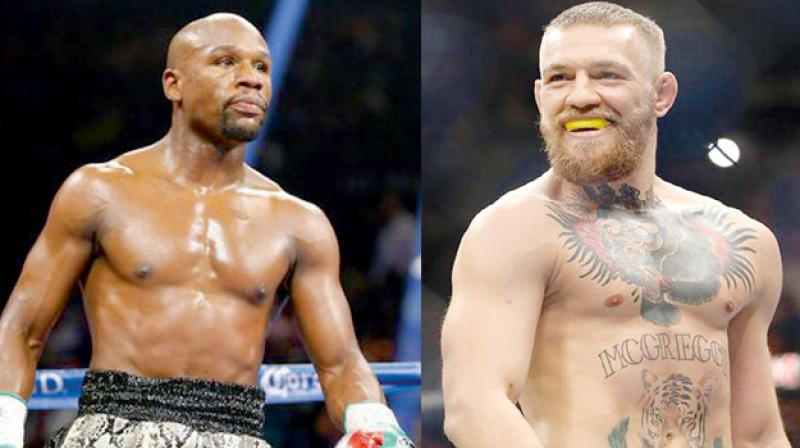 Singapore: The announcement of the much-touted fight between boxing great Floyd Mayweather and UFC’s most recognisable face Conor McGregor was the trending topic here ahead of Saturday’s UFC Fight Night 111. The 40-year-old Mayweather, who was unbeaten during his professional career, is coming out of retirement to lock horns with the superstar of the mixed martial arts, McGregor, in a blockbuster boxing bout at Las Vegas on August 26.

American Holly Holm, who will take on Brazilian Bethe Correia in the headliner of the Fight Night here, said she was looking forward to watch the mouth-watering clash between McGregor and Mayweather. “The good thing about fighting is its unpredictability. Anything can happen, especially in a high-profile clash like Mayweather-McGregor. I am excited,” said Holm, the former women’s bantamweight champion.

Correia expects it to be a tough fight for McGregor. “I love both these guys. Floyd is one of the greatest of all time in boxing. And I loved the way McGregor persuaded Mayweather for this to happen. When you desperately want something, you have to go out of your way to get it.

For Irishman McGregor, who has won titles in various UFC weight divisions, professional boxing is an unknown territory. Yet, he has managed to persuade Mayweather to agree to the fight. Holm expects more cross-over challenges – between UFC fighters and professional boxers – in the future.

“Fighting is the oldest sport in the world and it has always been evolving. Fights like this will only help the sport grow,” said Holm.

Reports suggest that Mayweather could pocket around $100 million and McGregor, $75 million, irrespective of the outcome of the showdown. For McGregor, it would be a record payday.

UFC boss Dana White said McGregor would go after Mayweather and try to “knock him out”. “When you talk to this guy, it’s fascinating. He is a 100 per cent positive that he will win this fight. When two guys step into the ring — whether it’s the octagon or whatever — anything is possible. Mayweather is 40 years old, he has always had problems with southpaws. McGregor is 27 years old and a southpaw. Whenever he hits people, they fall,” said White.